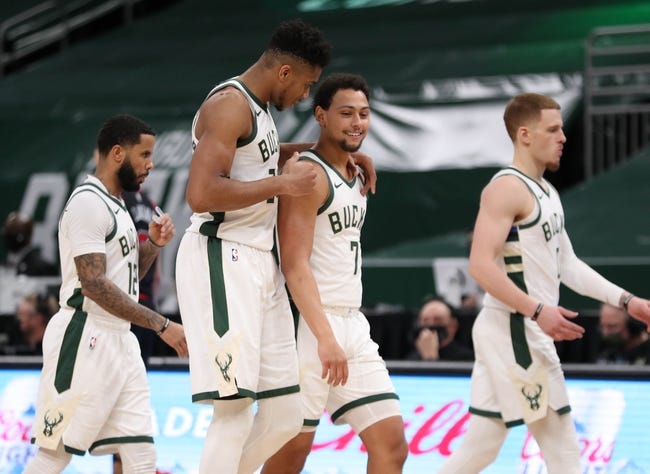 The Detroit Pistons and the Milwaukee Bucks collide at the Fiserv Forum on Monday night.

The Detroit Pistons haven’t been playing well as they’ve lost five of their first six games and they will be hoping to bounce back after last night’s 122-120 loss to the Celtics. Jerami Grant led the team with 22 points on eight of 16 shooting, Svi Mykhailiuk scored 15 points off the bench while Josh Jackson chipped in with 13 points in 14 minutes of action before leaving the game with an injury. As a team, the Pistons shot 47 percent from the field and 16 of 36 from the 3-point line as they showed plenty of fight to stay in the contest with the Celtics the entire game, before losing in the final seconds.

Meanwhile, the Milwaukee Bucks have been in fair shape as they’ve split their first six games and they will be looking to build some momentum after blowing past the Bulls in a 126-96 home win on Friday. Giannis Antetokounmpo led the team with 29 points, 12 rebounds and eight assists, Bryn Forbes added 18 points off the bench while Khris Middleton chipped in with 14 points and six assists. As a team, the Bucks shot 49 percent from the field and a healthy 22 of 45 from the 3-point line as they dominated the second quarter to take a 22-point lead into halftime, before blowing out in the second half where they scored 64 points.

The Pistons haven’t been travelling well this season as they’ve lost five of six, but they looked like a different team in last night’s narrow loss to the Celtics. However, while the Bucks haven’t been in the best of form, they’re clearly the better team here and have the advantage of a couple days rest. With that being said, the Pistons are 0-5-1 ATS in the last six meetings in Milwaukee and I think that trend continues as the Bucks should be way too good here.