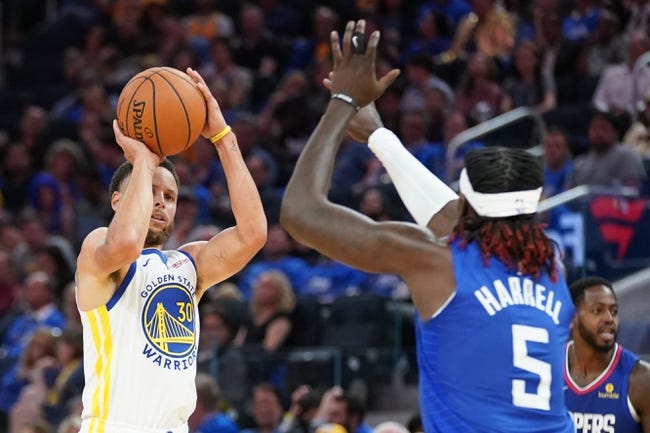 The Los Angeles Clippers and the Golden State Warriors duke it out at the Chase Center on Friday night.

The Los Angeles Clippers have been in nice form to start the season as they’ve won six of their nine games and they will be looking to stay hot after blowing past the streaky Warriors in a 108-101 road win on Wednesday. Paul George led the team with 21 points and 12 rebounds, Kawhi Leonard added 21 points while Nicolas Batum chipped in with 13 points. As a team, the Clippers shot 44 percent from the field and 11 of 34 from the 3-point line as they set the tone by holding the Warriors to just 15 points in the first quarter, before pouring in 31 points in the third quarter to take the lead going into the fourth. Defensively, the Clippers did a great job on limiting the Warriors’ Stephen Curry to just 13 points on five of 17 shooting.

Meanwhile, the Golden State Warriors have split their first eight games and they will be looking for revenge after seeing their momentum stopped by the Clippers on Wednesday. Andrew Wiggins led the team with 19 points, Eric Paschall scored 19 points while James Wiseman chipped in with 10 points, but the story of the night is Stephen Curry who finished with just 13 points. As a team, the Warriors shot 45 percent from the field and eight of 30 from the 3-point line as they did a nice job of hanging with the Clippers despite a poor shooting night from Curry. Draymond Green finished with just four points in 31 minutes of action while Kelly Oubre Jr. scored just eight points on four of 13 shooting.

The Clippers came in with a plan to stop Curry’s scoring streak and it worked to perfection as no other Warriors player could really hurt them. We saw how the Warriors bounce back against the Trailblazers after getting blown out, so I expect them to come out firing here, but the Clippers just have so many more weapons to turn to and I think they can get the job done again.