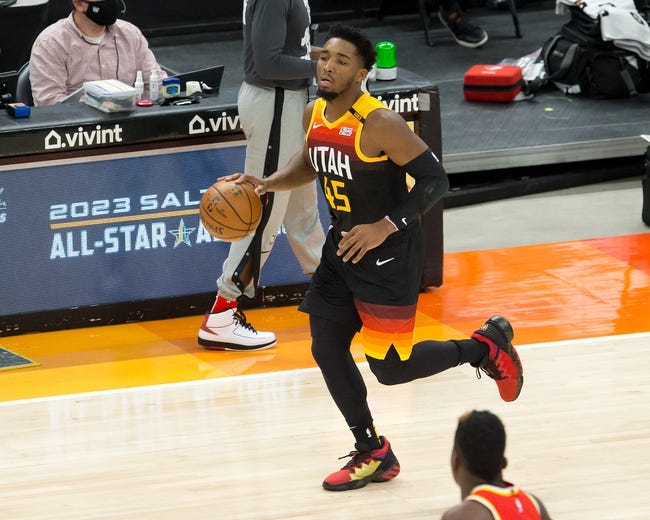 The Utah Jazz and the Denver Nuggets duke it out at the Ball Arena on Sunday night.

The Utah Jazz have been building nicely this season as they’ve won eight of their first 12 games and they will be gunning for a fifth straight win after blowing past the Hawks in a 116-92 win on Friday. Donovan Mitchell led the team with 26 points on 10 of 20 shooting, Bojan Bogdanovic added 17 points, Jordan Clarkson scored 16 points while Rudy Gobert and Mike Conley each scored 15 points. As a team, the Jazz shot 46 percent from the field and sizzling 20 of 46 from the 3-point line as they took a 15-point lead at halftime, before blowing it out in the fourth quarter where they held the Hawks to just 18 points.

Meanwhile, the Denver Nuggets struggled in their first five games of the season, but they’re in a groove now with five wins in their last seven games after taking down the Warriors in a 114-104 win on Thursday. Nikola Jokic led the team with a triple-double of 23 points with 14 rebounds and 10 assists, Jamal Murray added 17 points with nine rebounds and six assists while Will Barton chipped in with 17 points on six of 15 shooting. As a team, the Nuggets shot 45 percent from the field and 11 of 37 from the 3-point line as they jumped out to an early 17-point lead which came in handy as the Warriors’ Stephen Curry poured in 35 points to keep the game competitive throughout.

The Jazz are coming into this one riding a four-game win streak, while the Nuggets are coming in with plenty of momentum themselves, so this should be a good one. The Jazz perhaps look a little more settled as they’ve been good right from day one and the Nuggets have won just three of their seven home games so far which is understandable given their new home. This one is a coin flip, but the Jazz are 4-0 ATS in their last four games overall and I think they’ll escape with the win here.