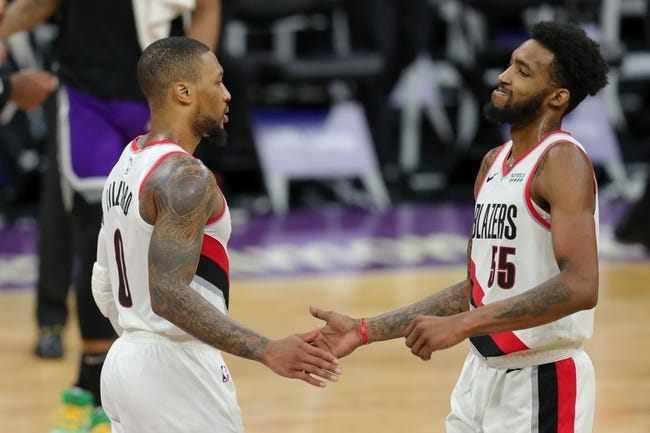 The Memphis Grizzlies pay a visit to the Portland Trailblazers at the Moda Center on Wednesday night.

The Memphis Grizzlies really struggled early on as they lost six of their first eight games as they struggled with injuries, but they’re now aiming for a sixth straight victory after outlasting the Suns in a 108-104 home win on Monday. Ja Morant led the team with 17 points and 10 assists, Brandon Clarke added 17 points on eight of 13 shooting, Grayson Allen scored 16 points off the bench while Tyus Jones chipped in with 11 points. As a team, the Grizzlies shot 49 percent from the field and 11 of 26 from the 3-point line as they trailed by six points late in the fourth quarter, before closing the game on an 18-8 run to escape with the win.

Meanwhile, the Portland Trailblazers have been in decent shape as they’ve won five of their past seven games, but they will be looking to bounce back here after getting routed by the Spurs in a 125-104 home loss on Monday. Damian Lillard led the team with 35 points and six assists, Rodney Hood added 21 points while Carmelo Anthony chipped in with 14 points, but no other player finished in double figures. As a team, the Trailblazers shot 43 percent from the field and 10 of 35 from the 3-point line as they fought hard to lead by two points late in the third quarter, only to get blown off the floor as the Spurs took the game away with a pivotal 30-11 run.

The Grizzlies have really come to life with five wins on the trot and it’s been pleasing to see that it’s been a team effort, rather than a hot streak from Morant. The Trailblazers have cooled off a bit since a four-game win streak and they will likely be shorthanded for a while as Jusuf Nurkic is expected to miss roughly six weeks after undergoing surgery, while CJ McCollum will miss at least four weeks with a fractured left foot. With that being said, I think the Grizzlies will take advantage of the shorthanded Trailblazers and extend their win streak to six games with an upset here.