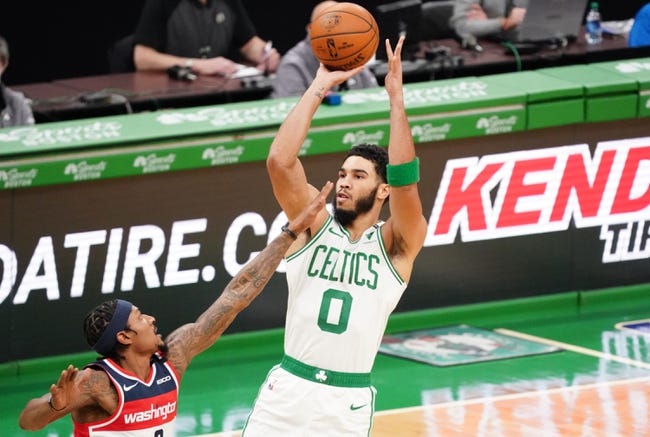 The San Antonio Spurs play host to the Boston Celtics at the AT&T Center on Wednesday night.

The Boston Celtics have been pretty good so far this season as they’ve won 10 of their first 16 games and they will be aiming for a third straight win after blowing past the Bulls in a 119-103 road win on Monday. Jaylen Brown led the team with 26 points on 10 of 21 shooting, Jayson Tatu added 24 points with five assists, Daniel Theis scored 19 points while Marcus Smart chipped in with 13 points and 11 assists. As a team, the Celtics shot 50 percent from the field and 15 of 29 from the 3-point line as they set the tone with 33 points in the first quarter and they never let up as their lead only grew as the game wore on.

Meanwhile, the San Antonio Spurs have been building nicely as they’ve won seven of their past 11 games and because their last game was postponed, they haven’t played since Sunday where they beat the Wizards by 121-101. Patty Mills led the team with 21 points on eight of 14 shooting off the bench, Lonnie Walker added 16 points, LaMarcus Aldridge scored 15 points while Dejounte Murray racked up a triple-double of 11 points with 11 rebounds and 10 assists. As a team, the Spurs shot 50 percent from the field and 15 of 31 from the 3-point line as they held the Wizards to 20 points in the second quarter to take the lead at halftime, before dominating the second half by 73-54 to win easily in the end.

The Celtics haven’t been at their absolute best as they’ve had to deal with injuries to key players like most other teams in the league, but they’re looking much better with Tatum back in the lineup and they will be confident after a couple of blowout wins on the trot. The Spurs are starting to heat up now after a slow start to the season and they are 11-5 ATS in their last 16 games as an underdog, but there’s just more to like about the Celtics who have looked fantastic in their last two outings. Give me the Celtics in a close one.