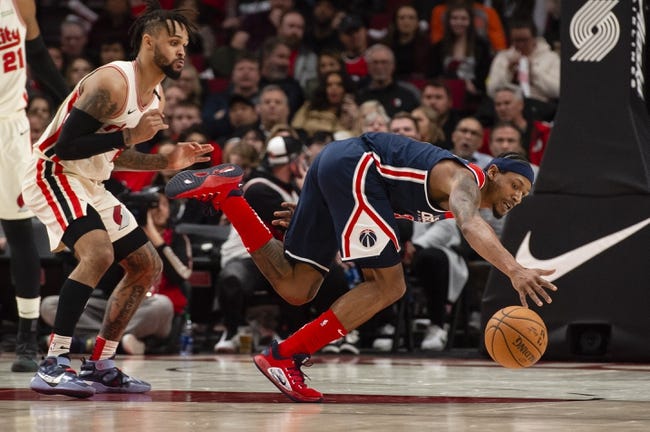 The Washington Wizards play host to the Portland Trailblazers at the Capital One Arena on Tuesday night.

The Portland Trailblazers will be a little disappointed with their recent form as they’ve lost three of their last four games and they will be hoping to bounce back after getting routed by the Bucks in a 134-106 road loss last night. Nassir Little led the team with a career-high 30 points on 11 of 18 shooting, Damian Lillard added 17 points with seven assists while Anfernee Simons chipped in with 15 points and five assists off the bench. As a team, the Trailblazers shot 37 percent from the field and 15 of 42 from the 3-point line as they were slow out of the gates and were always fighting an uphill battle after allowing the Bucks to explode for 79 points in the first half. The Trailblazers trailed in this one by as many as 39 points as they continue to struggle without the injured CJ McCollum.

Meanwhile, the Washington Wizards have really struggled this season as they’ve won just four of their first 16 games, but they will be feeling much better after stopping a four-game skid with a 149-146 home win over the Nets on Sunday. Russell Westbrook led the team with 41 points, 10 rebounds and eight assists, Bradley Beal added 37 points on 13 of 23 shooting while Mauritz Wagner chipped in with 17 points. As a team, the Wizards shot 51 percent from the field and 12 of 39 from the 3-point line as they trailed by 18 points early on and were always trailing until the final 8.1 seconds where they erased a five-point deficit to steal the game in a wild finish.

Head to head, the over is 9-4 in the last 13 meetings overall and the Trailblazers are 4-1 ATS in the last five meetings in Washington.

The Wizards have been one of the worst teams all season, but they will take plenty of confidence from their thrilling comeback win over the Nets in their last outing, while the Trailblazers have been in a bit of a rut lately and they’re coming into this one fresh off their worst loss of the season. The Trailblazers are a little shorthanded once again, but I expect Lillard and company to atone for last night’s performance with a better showing here. I’m sticking with the Trailblazers in a tight one.