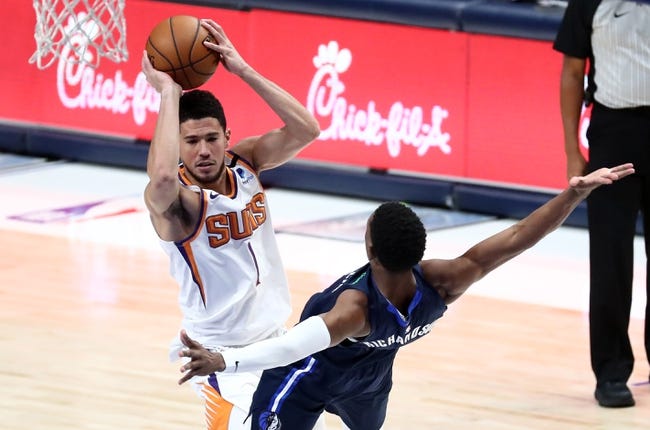 The New Orleans Pelicans play host to the Phoenix Suns at the Smoothie King Center on Wednesday night.

The Phoenix Suns have been on a nice run lately as they will be looking to build on their current three-game win streak after outlasting the Mavericks in a thrilling 109-108 road win on Monday. Chris Paul has been in terrific form lately and he once again led the way with 34 points, nine rebounds and nine assists on 14 of 20 shooting, Devin Booker added 24 points on nine of 19 shooting while DeAndre Ayton chipped in with 10 points and 17 rebounds. As a team, the Suns shot 46 percent from the field and 13 of 35 from the 3-point line as they trailed by two points for most of the final minute of the game until 1.6 seconds remaining where Booker drained the game-winning 3-pointer in his first game back from a hamstring injury.

Meanwhile, the New Orleans Pelicans have been in terrible form as they’ve lost 10 of their past 13 games and they will be hoping to avoid a third straight loss after Monday’s 118-109 home loss to the Kings. Brandon Ingram led the team in scoring with 20 points on six of 20 shooting, Zion Williamson added 17 points with eight rebounds and three blocks, while Josh Hart chipped in with 15 points, 13 rebounds and four assists. As a team, the Pelicans shot just 39 percent from the field and nine of 30 from the 3-point line as they looked to be in control for most of the game as they led by as many as 10 points late in the game, before going ice-cold in the fourth quarter where they scored just 15 points.

Here we have two teams headed in opposite directions as the Suns have won three straight and will only get better with Booker back in the starting lineup, while the Pelicans have been in a major slump and they just lost to the Kings at home. Steven Adams is listed as questionable for the Pelicans and the Suns already beat the Pelicans by 111-86 this season. Give me the Suns to stay hot here with another win and cover.