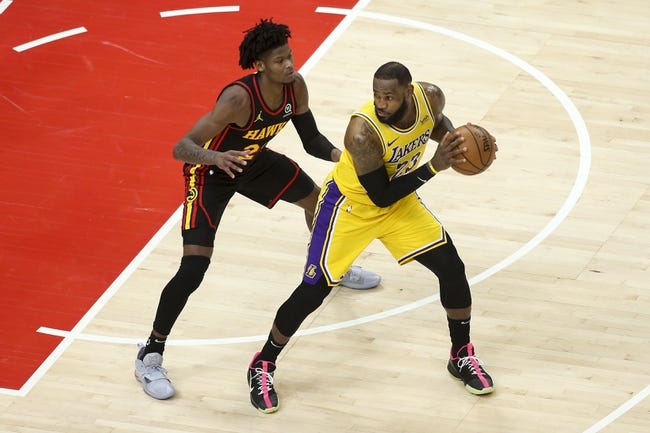 The Los Angeles Lakers play host to the Detroit Pistons at the Staples Center on Saturday night.

The Detroit Pistons have been struggling lately as they’ve lost eight of their past 10 games and they will be hoping to snap a three-game skid after getting routed by the Suns in a 109-92 road loss last night. Jerami Grant led the team with 21 points on seven of 16 shooting, Saddiq Bey added 14 points while Mason Plumlee chipped in with 11 points and eight rebounds. As a team, the Pistons shot just 37 percent from the field and seven of 36 from the 3-point line as they fell behind by 13 points at halftime and never looked threatening after falling behind by 23 points in the third quarter. Derrick Rose was rested for this game, while Wayne Ellington was ruled out with a sprained calf.

Meanwhile, the Los Angeles Lakers have been in terrific form lately as they’ve won 11 of their past 14 games and they will be aiming for a fourth straight win after making light work of the Nuggets in a 114-93 home win on Thursday. LeBron James led the team with a triple-double of 27 points, 10 rebounds and 10 assists, Dennis Schroder added 21 points on seven of nine shooting, Talen Horton—Tucker scored 17 points off the bench while Anthony Davis chipped in with 13 points, nine rebounds and two blocks. As a team, the Lakers shot a healthy 56 percent from the field and eight of 24 from the 3-point line as they suffered a slow start and trailed by as many as 12 points, before taking over in the second half where they outscored the Nuggets by 68-35.

Derrick Rose is expected to return to the lineup after being rested last night which is a nice boost for the Pistons, but I don’t think it’ll be enough to make a difference here. The Lakers have been in great form lately and they just made light work of the red-hot Nuggets last night.

Peter’s Pick Please check back later for my free pick