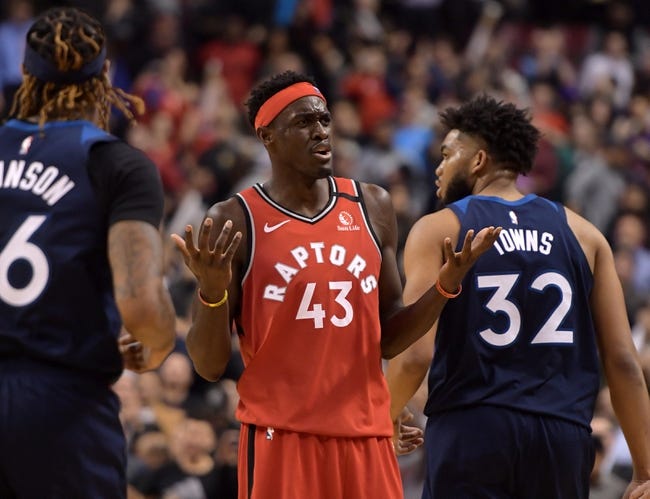 The Minnesota Timberwolves and Toronto Raptors meet Sunday in NBA action at the Amalie Arena.

The Minnesota Timberwolves are playing better basketball with the return of Towns, and they're only losing their last five games by an average of 3.4 points. The Toronto Raptors also look better, but they only win by an average of 3.2 points at home and 5.2 points as a favorite. This seems like too many points to give the Raptors, even if they're the better team. I'll take my chances with the Timberwolves and the free buckets.