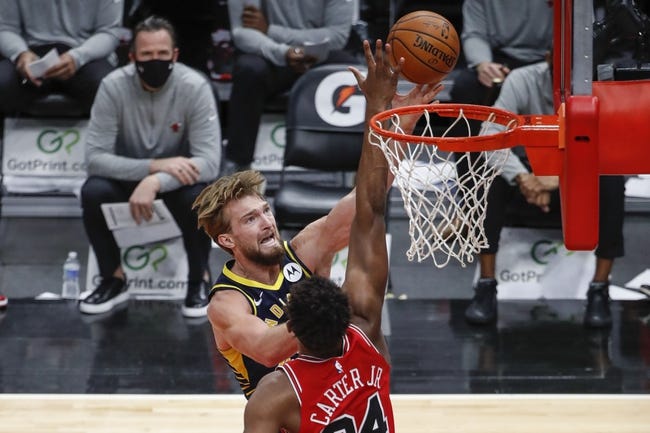 The Chicago Bulls and Indiana Pacers meet Monday in NBA action at the Bankers Life Fieldhouse.

The Chicago Bulls are going through their worst stretch of the season, but they play their best basketball on the road where they win by an average of two points and are 9-3 against the spread. The Indiana Pacers are a tough team to figure out, they've lost six of their last nine tries and only win by an average of 1.7 points at home. The Pacers should be favored, but the value is with the Bulls and the points.