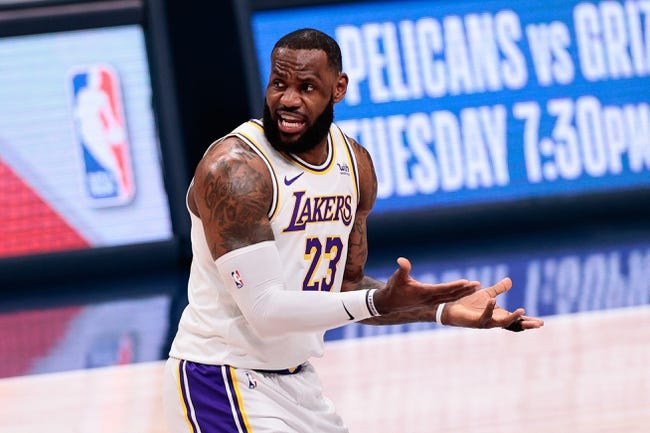 The Brooklyn Nets pay a visit to the Los Angeles Lakers at the Staples Center on Thursday night.

The Brooklyn Nets have been in great form as they will be looking to build on their current four-game win streak after escaping Phoenix with a 128-124 win on Tuesday. With Kyrie Irving and Kevin Durant missing from the lineup, James Harden led the team with 38 points and 11 assists, Joe Harris added 22 points on eight of 13 shooting while Jeff Green chipped in with 18 points and eight rebounds off the bench. As a team, the Nets shot a sizzling 57 percent from the field and 20 of 40 from the 3-point line as they struggled for most of the game and fell behind by 24 points, before rallying in the second half where they poured in 74 points to escape with the impressive comeback win.

Meanwhile, the Los Angeles Lakers have been in red-hot form as they’ve won eight of their last nine games and they will be looking to stay hot after taking down the Timberwolves in a 112-104 road win on Tuesday. LeBron James led the way with 30 points, 13 rebounds and seven assists, Dennis Schroder added 24 points on nine of 15 shooting while Montrezl Harrell chipped in with 17 points on five of seven shooting off the bench. As a team, the Lakers shot 54 percent from the field and 11 of 26 from the 3-point line as they led for most of the game, but they couldn’t gain any separation until the fourth quarter where they held the Timberwolves to just 20 points.

Head to head, the under is 4-1 in the last five meetings overall and the Nets are 7-2-1 ATS in the last 10 meetings in Los Angeles.

The Nets must be feeling good after keeping their win streak alive with an amazing comeback win over the red-hot Suns, while the Lakers will be feeling confident after taking care of business in their first game without Anthony Davis. The Nets will again be without Kevin Durant who is dealing with a mild left hamstring strain but Kyrie Irving is expected to return which is a major boost. I wouldn’t be surprised at all if the Nets pull off the minor upset here, but with the line so short, I’m staying with the Lakers to get the narrow win and cover at home behind a big game from James.