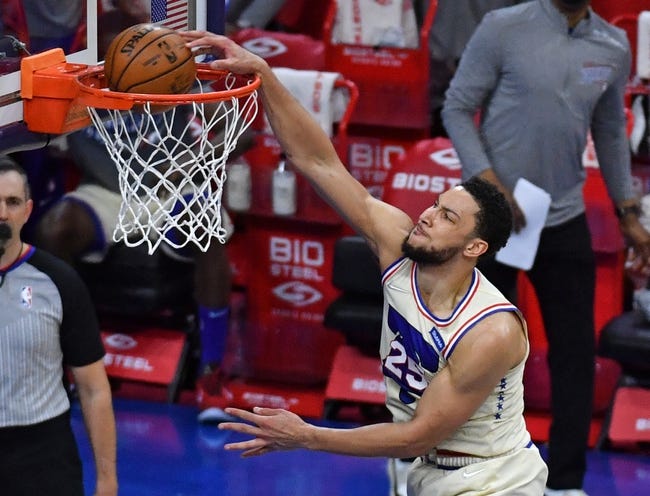 The New York Knicks and the Philadelphia 76ers duke it out at the Wells Fargo Center on Tuesday night.

The New York Knicks have been in decent form as they’ve won five of their past eight games, but they will be hoping to bounce back after last night’s 117-112 road loss to the Nets. Julius Randle led the team with 33 points, 12 rebounds and six assists, RJ Barrett added 23 points with six rebounds and four assists while Immanuel Quickley chipped in with 21 points on six of 19 shooting. As a team, the Knicks shot just 40 percent from the field and 15 of 42 from the 3-point line, while the Nets shot 57 percent from the field, but they were still good enough to hang in the contest right till the end.

Meanwhile, the Philadelphia 76ers have been in great form as they’ve won nine of their past 11 games and they will be aiming for a sixth straight victory after blowing past the Spurs in a 134-99 home win on Sunday. Tobias Harris led the team with 23 points, nine rebounds and seven assists, Seth Curry added 21 points while Danny Green and Furkan Korkmaz each scored 16 points. As a team, the 76ers shot 57 percent from the field and 15 of 29 from the 3-point line as they jumped out to an early double-digit lead in the first quarter, before exploding for 46 points in the third quarter to put the game to bed early. Ben Simmons scored just 14 points and nine assists but played just 26 minutes as he was hardly required.

The Knicks have been playing some good basketball lately and they will take plenty of confidence from their narrow loss to the surging Nets last night, but they’re up against a rock solid 76ers team who haven’t slowed down despite Joel Embiid missing some time. I might take the Knicks under normal circumstances, but they are playing on zero days’ rest and they are only 1-7 ATS in the last eight meetings in Philadelphia. I’m taking the 76ers to maintain their momentum with a win and cover here.