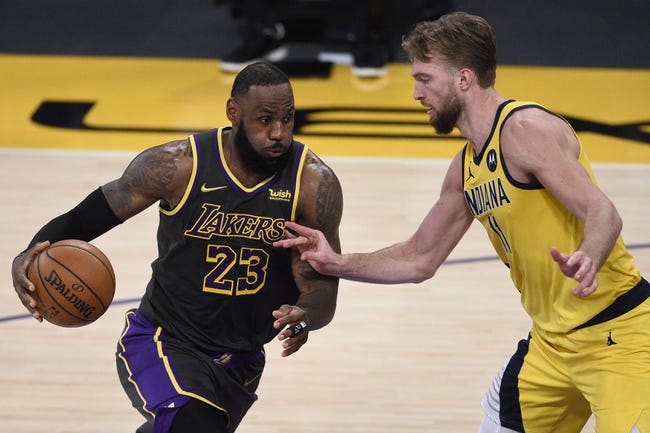 The Los Angeles Lakers play host to the Charlotte Hornets at the Staples Center on Thursday night.

The Charlotte Hornets have been in great form as they’ve won five of their past seven games, but they will be looking to rebound in this one after having their four-game win streak halted by the Nuggets in a 129-104 road loss last night. Terry Rozier led the team with 21 points and four assists, Malik Monk added 16 points in 18 minutes off the bench while LaMelo Ball chipped in with 14 points, but no other player finished in double figures in scoring. As a team, the Hornets shot just 45 percent from the field and 12 of 38 from the 3-point line as they fell behind by 10 points at halftime, before getting blown out in the third quarter where the Nuggets poured in 38 points to blow the margin out to 34 points.

Meanwhile, the Los Angeles have been in fine form as they’ve won five of their last seven games and they will be aiming for a fourth straight victory after routing the Timberwolves by 137-121 home win on Tuesday. LeBron James led the way with 25 points, 12 rebounds and 12 assists, Montrezl Harrell provided the spark off the bench with 25 points and six assists, while Dennis Schroder, Talen Horton-Tucker and Kyle Kuzma each scored 16 points. As a team, the Lakers shot a healthy 57 percent from the field and 13 of 26 from the 3-point line as they got off to a quick start with 71 points in the first half, before pulling away in the second half where they outscored the Timberwolves by 66-51.

The Hornets were on fire before getting stopped in their tracks by the Nuggets last night, so it will be interesting to see how they respond in this one, while the Lakers are starting to get healthy again and it’s showing in their results as they’re coming into this one with plenty of momentum. The Hornets are capable of pulling off the upset on their night, but they looked flat in last night’s blowout loss to the Nuggets, so I’m sticking with the more reliable Lakers to get the job done in this one.