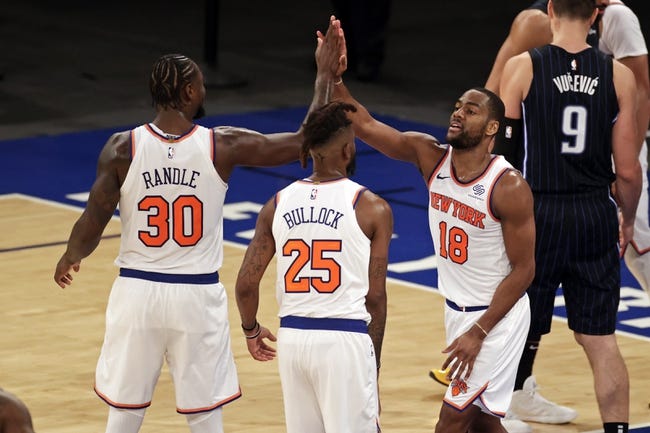 The Philadelphia 76ers have been in fine form lately as they’ve won seven of their past eight games and they will be looking to stay hot after last night’s 129-105 home win over the Kings. Tobias Harris led the team with 29 points, 11 rebounds and eight assists, Shake Milton added 28 points, Danny Green scored 18 points while Tony Bradley chipped in with 14 points. As a team, the 76ers shot a healthy 55 percent from the field and 11 of 23 from the 3-point line as they set the tone with 42 points in the first quarter to take an early 21-point lead, before blowing the margin out to 36 points in the third quarter. Seth Curry sat out the game with an ankle sprain while Ben Simmons was a late scratch.

Meanwhile, the New York Knicks have been in decent shape as they’ve split their last eight games and they will be looking to build some momentum after sneaking past the Magic in a 94-93 home win on Thursday. Alec Burks led the team with 21 points and 10 rebounds, Reggie Bullock added 20 points off the bench, Julius Randle racked up a triple-double of 18 points with 10 rebounds and 17 assists while RJ Barrett chipped in with 17 points. As a team, the Knicks shot 43 percent from the field and 14 of 34 from the 3-point line as they took the lead late in the fourth quarter and hung on to win by the smallest margin as they forced a turnover on the Magic’s final play.

The 76ers were severely shorthanded in their last outing but that didn’t stop them from easily beating the Kings, but they could have Simmons back in the lineup after he was a late scratch last night. The Knicks have been flying under the radar lately as they’re a team on the rise with Randle leading the way on a nightly basis. This one could go either way, but with the 76ers playing on zero days’ rest, I’m leaning towards the Knicks to pull off the minor upset here.