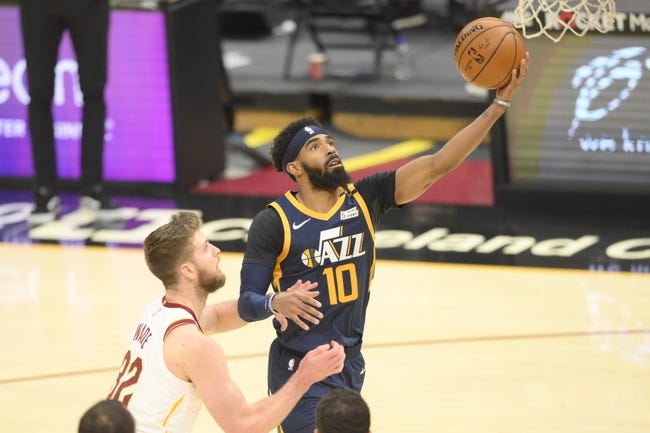 The Cleveland Cavaliers have been in a slump as they’ve lost eight of their past 11 games and they will be hoping to snap a two-game skid after falling short against the Kings in a 100-98 road loss on Saturday. Collin Sexton led the team with 26 points, six rebounds and four assists, Darius Garland added 18 points while Larry Nance Jr. chipped in with 17 points, nine rebounds and five assists. As a team, the Cavaliers shot 44 percent from the field and nine of 26 from the 3-point line as they fought hard to take a five-point lead late in the fourth quarter, before watching the Kings rally to steal the game on a buzzer-beating 3-pointer from Harrison Barnes.

Meanwhile, the Utah Jazz have been in great form as they’ve won seven of their past nine games and they will be looking to build on their current five-game win streak after routing the Grizzlies in a 126-110 home win on Saturday. Donovan Mitchell led the team with 35 points and seven assists on 12 of 17 shooting, Rudy Gobert added 16 points, 14 rebounds and two blocks while Jordan Clarkson provided the spark off the bench with 28 points, six rebounds and four assists. As a team, the Jazz shot 50 percent from the field and 19 of 45 from the 3-point line as they came out firing and jumped out to an early 20-point lead in the first quarter, before cruising in the second half.

The Cavaliers have been in poor form and their confidence must be low after their heartbreaking loss to the Kings on Saturday, so I don’t like their chances against a red-hot Jazz team who have won their last 19 home games. The Cavaliers are only 4-15-3 ATS in the last 22 meetings overall and I think that trend continues as the Jazz romp their way to victory here.