The Sacramento Kings and the San Antonio Spurs collide once again at the AT&T Center on Wednesday night.

The Sacramento Kings have been in great shape as they’ve won seven of their past eight games and they will be looking to build on their current five-game win streak after making light work of the Spurs in a 132-115 road win on Monday. De’Aaron Fox led the team with 24 points and five assists, Richaun Holmes added 23 points with 12 rebounds and three blocks, Buddy Hield scored 20 points while Tyrese Haliburton chipped in with 15 points and 10 assists. As a team, the Kings shot a healthy 56 percent from the field and 18 of 36 from the 3-point line as they took control of the contest with 41 points in the second quarter, before outscoring the Spurs by 35-24 in the fourth quarter to make it a blowout.

Meanwhile, the San Antonio Spurs have been in a real funk lately as they’ve lost five of their past six games and they will be hoping to bounce back after getting routed by the Kings on Monday. Dejounte Murray led the team with 23 points, eight rebounds and seven assists, Derrick White added 19 points, while DeMar DeRozan and Jakob Poeltl each scored 17 points. As a team, the Spurs shot 50 percent from the field and 10 of 27 from the 3-point line, but their defensive issues were present again as they had no answer for the streaky Kings in the second and fourth quarters. Keldon Johnson scored just seven points on two of eight shooting while Patty Mills scored just nine points on three of nine shooting.

The Kings have been playing some inspirational basketball lately as they’ve come to life with seven wins in their last eight games and they must be confident with their chances of beating the Spurs for the second time in a row after winning on Monday. It’s always tough to beat the same team twice and I’m expecting a better showing from the Spurs, but I’m sticking with the Kings who are 7-1 ATS in the last eight meetings overall. 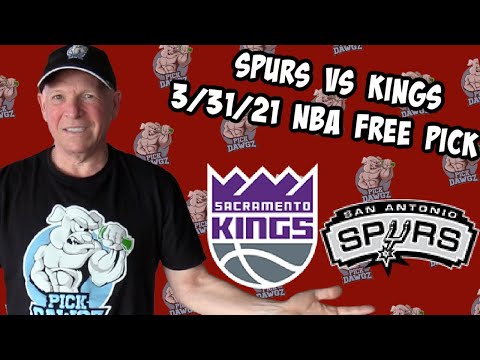