The Atlanta Hawks pay a visit to the San Antonio Spurs at the AT&T Center on Thursday night.

The Atlanta Hawks have really cooled off from their eight-game win streak as they’ve lost four of their last five games and they will be hoping to bounce back after falling short against the Suns in a 117-110 road loss on Tuesday. Bogdan Bogdanovic led the team in scoring with 22 points and six assists, Trae Young added 19 points with 13 assists while Clint Capela chipped in with 16 points and 16 rebounds. As a team, the Hawks shot 48 percent from the field and 13 of 32 from the 3-point line as they rallied back from a 16-point deficit to tie the game with 3:31 remaining, but they just couldn’t get over the hump against the Suns who were clinical down the stretch.

Meanwhile, the San Antonio Spurs have been in a bit of a rut as they’ve lost five of their past seven games, but they will be looking to build some momentum now after routing the red-hot Kings in a 120-106 home win last night. DeMar DeRozan led the team with 26 points and seven assists on 12 of 20 shooting, Derrick White added 18 points while Rudy Gay chipped in with 16 points off the bench. As a team, the Spurs shot 46 percent from the field and 10 of 26 from the 3-point line as they stormed out of the gates with intent and poured in 69 points in the first half to lead by as many as 23 points before cruising in the second half.

Head to head, the under is 5-2 in the last seven meetings overall and the Hawks are 6-14-1 ATS in the last 21 meetings in San Antonio.

The Hawks are coming into this game low on confidence as they’ve now lost four of their last five games after getting stopped by the Suns on Tuesday, while the Spurs were in a rut before coming to life with last night’s dominant win over the Kings. This is a tough one to pick, but the Spurs looked great last night and I think the blowout win was just what they needed to get things back on track. I think the Spurs build on last night’s win with another one here. 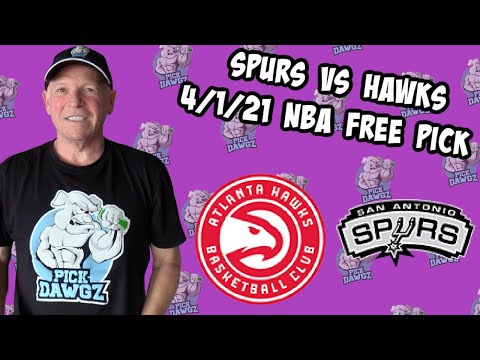