The Atlanta Hawks play host to the Golden State Warriors at the State Farm Arena on Sunday night.

The Golden State Warriors have been in a slump as they've lost six of their past seven games and they will be hoping to avoid a third straight defeat after getting completely thrashed by the Raptors in a 130-77 road loss on Friday. Andrew Wiggins led the team in scoring with 15 points while Jordan Poole and Nico Mannion each scored 10 points, but no other players finished in double figures in scoring. As a team, the Warriors shot just 32 percent from the field and 11 of 34 from the 3-point line as they fell behind by 20 points at halftime, before getting blown off the floor in the third quarter where they were outscored by 46-14.

Meanwhile, the Atlanta Hawks have been in great shape as they've won 11 of their past 15 games and they will be aiming for a third straight win after blowing past the Pelicans in a 126-103 road loss on Friday. Bogdan Bogdanovic led the team with 26 points, seven rebounds and seven assists, Kevin Huerter added 24 points on 10 of 15 shooting, Lou Williams scored 19 points and eight assists off the bench while Clint Capela chipped in with 14 points, 10 rebounds and six blocks. As a team, the Hawks shot 56 percent from the field and 13 of 29 from the 3-point line as they held the Pelicans to just 20 points in the second quarter to take the lead at halftime, before running away with it in the second half where they poured in 71 points to win comfortably in the end.

The Warriors haven't been able to get much going lately, they're going to miss Eric Paschall and they might be without Draymond Green who is listed as questionable for Sunday. The Hawks have plenty of injury concerns themselves as John Collins is out while Trae Young and Danilo Gallinari are listed as questionable. It's tough to pick these types of games with so many players missing, but the Warriors were absolutely embarrassed in their last outing and I think they're going to come out swinging here. 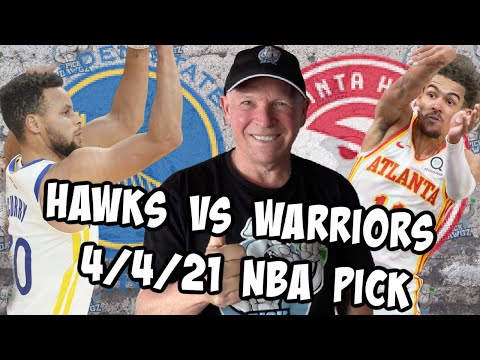