The Sacramento Kings play host to the Detroit Pistons at the Golden 1 Center on Thursday night.

The Detroit Pistons have been in a rut as they’ve lost seven of their past 10 games and they will be hoping to bounce back after getting routed by the Nuggets in a 134-119 road loss on Tuesday. Jerami Grant led the team with 29 points, five rebounds and four assists, Saddiq Bey added 25 points on nine of 15 shooting while Frank Jackson chipped in with 11 points off the bench, but no other player finished in double figures in scoring. As a team, the Pistons shot 54 percent from the field and 15 of 35 from the 3-point line, but they were always fighting an uphill battle after allowing the Nuggets to explode for 76 points in the first half.

Meanwhile, the Sacramento Kings have fallen off the pace lately with four losses on the trot and they will be hoping to bounce back after getting stopped by the Timberwolves in a 116-106 road loss on Monday. De’Aaron Fox led the team with 31 points and nine assists, Harrison Barnes added 21 points with 12 rebounds and four assists while Buddy Hield chipped in with 18 points. As a team, the Kings shot 44 percent from the field and nine of 36 from the 3-point line as they kept pace with the Timberwolves all the way until the midway through the fourth quarter where the Timberwolves went on a pivotal 12-0 run to steal the game late.

Head to head, the under is 5-1 in the last six meetings overall and the Pistons are 9-3 ATS in the last 12 meetings in Sacramento.

The Pistons are going to be shorthanded for this one as their top scorer in Jerami Grant who has been ruled out with knee soreness. The Kings haven’t been in form lately and their confidence will be low after losing to the stumbling Timberwolves in their last outing, but the Pistons are going to have trouble scoring points in this one, so I’m taking the Kings to bounce back with a win and cover here. 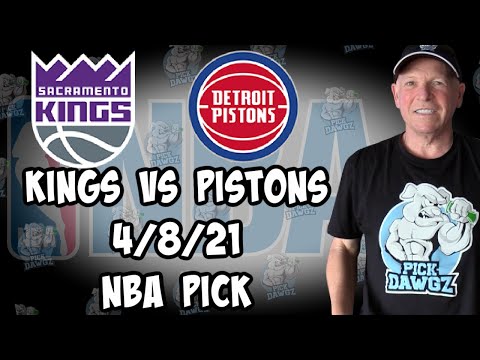