Donovan Mitchell and the Utah Jazz play host to the Sacramento Kings at the Vivint Arena on Saturday night.

The Sacramento Kings have won seven of their past 13 games, but they will be eager to put a halt to a five-game slide after getting routed by the lowly Pistons in a 113-101 home loss on Thursday. De’Aaron Fox led the team with 23 points, nine rebounds and seven assists, Buddy Hield and Richaun Holmes each scored 15 points while Harrison Barnes chipped in with just 13 points. As a team, the Kings shot 44 percent from the field and seven of 30 from the 3-point line, but the problems were once again on the defensive end as they just left themselves too much ground to make up after allowing 62 points in the first half. The Kings trailed by as many as 22 points before making a run in the fourth quarter to keep the finals respectable.

Meanwhile, the Utah Jazz have been in great shape as they’ve won 10 of their past 12 games and they will be looking to stay hot after blowing past the Trailblazers in a 122-103 home win on Thursday. Donovan Mitchell led the team with 37 points, five rebounds and four assists, Rudy Gobert added 18 points with 21 rebounds while Joe Ingles chipped in with 13 points and six assists off the bench. As a team, the Jazz shot 45 percent from the field and 12 of 42 from the 3-point line as they trailed by three at halftime, before taking control of the game in the third quarter where they outscored the Trailblazers by 40-19 to win easily in the end.

The Kings haven’t been able to get anything going in their last five games and their confidence took another hit after getting routed by the slumping Pistons on Thursday. Meanwhile, the Jazz have been on a tear lately and just took down the red-hot Trailblazers. It would be a major shock to me if the Kings were able to pull off the upset as they’ve been ice-cold, while the Jazz have won 23 straight home games. With that being said, I’m taking the Jazz to keep the streak alive with a big win here. 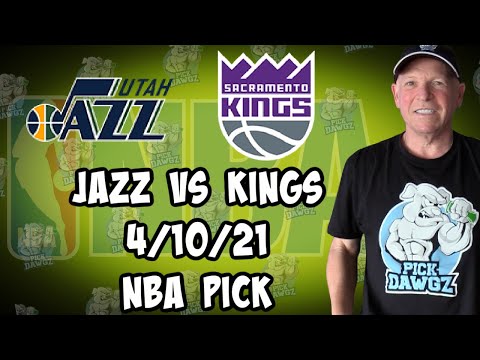