The Los Angeles Clippers play host to the Toronto Raptors at the Staples Center on Tuesday night.

The Toronto Raptors have been in decent shape as they’ve won six of their past 10 games and they will be looking to stay hot after taking down the Lakers in a 121-114 road win on Sunday. Pascal Siakam led the team with 39 points, 13 rebounds and four assists, Kyle Lowry drained eight 3-pointers to finish with 37 points and 11 assists on 12 of 20 shooting while Deandre Bembry chipped in with 14 points off the bench. As a team, the Raptors shot 44 percent from the field and 15 of 38 from the 3-point line as they struggled early and fell behind by 12 points, before taking control of the game in the second quarter where they outscored the Lakers by 40-21. The Raptors then made another run in the third quarter to push the lead out to 21 points.

Meanwhile, the Los Angeles Clippers have been in decent form as they’ve won 11 of their past 15 games, but they will be hoping to arrest a three-game slide after falling short against the Nuggets in a 110-104 home loss on Saturday. Paul George led the team with 20 points, Rajon Rondo added 18 points with five assists while Kawhi Leonard and DeMarcus Cousins each scored 16 points. As a team, the Clippers shot just 43 percent from the field and 14 of 34 from the 3-point line as they squandered an early 11-point lead, only to fall just short after cutting a 12-point deficit to just three points with 2:06 remaining. Leonard looked fine in his first game back from injury, while George had a night to forget as he shot just five of 21 from the field.

Fred VanVleet sat out Sunday’s game with a hip injury and his status for Tuesday is unclear, while OG Anunoby has been ruled out with a calf injury. The Clippers have their own injury concerns but they at least have Kawhi Leonard back in the lineup even if he wasn’t too impactful on Saturday. The Raptors will love to complete the LA sweep after beating the Lakers on Sunday, but the Clippers have enjoyed an extra days’ rest and I think they bounce back in this one. 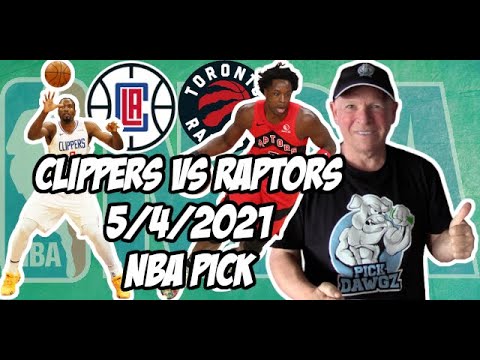