The Dallas Mavericks and the Miami Heat collide at the American Airlines Arena on Tuesday night.

The Dallas Mavericks have been in fine form as they’ve won six of their past eight games, but they will be hoping to bounce back after having their three-game win streak halted by the Kings in a 111-99 home loss on Sunday. Luka Doncic led the team with 30 points, six rebounds and six assists, Jalen Brunson added 17 points off the bench while Dwight Powell chipped in with 13 points, seven rebounds and three blocks. As a team, the Mavericks shot just 42 percent from the field and a miserly six of 35 from the 3-point line as they fell behind by double-digits in the first quarter, before falling behind by as many as 18 points in the third quarter where they managed just 18 points. Max Kleber scored just five points on two of eight shooting, while Dorian Finney-Smith scored just three points on one of seven shooting.

Meanwhile, the Miami Heat have been in great shape as they’ve won seven of their past nine games and they will be looking to build on their three-game win streak after beating the Hornets in a 121-111 road win on Sunday. Bam Adebayo led the team with 20 points, seven rebounds and 10 assists, Kendrick Nunn added 19 points, Goran Dragic scored 18 points off the bench while Jimmy Butler scored 18 points with eight rebounds and eight assists. As a team, the Heat shot 51 percent from the field and 11 of 38 from the 3-point line as they came out firing with 65 points in the first half, before outscoring the Hornets by 35-21 in the third quarter to make it a blowout.

Kristaps Porzingis is listed as doubtful for this one so the Mavericks will be shorthanded once again while the Heat are getting back to full strength with Dragic bolstering the bench recently. The Mavericks have already beaten the Heat once this season and I’d usually lean towards them in this matchup, but the Heat have been building nicely and I think they’ll be good enough to get their revenge against the Mavericks while they’re shorthanded. 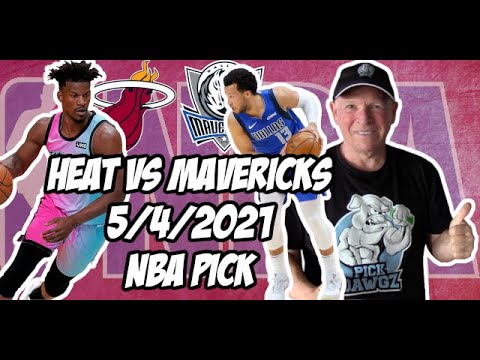