The New Orleans Pelicans play host to the Golden State Warriors once again at the Smoothie King Center on Tuesday night.

The Golden State Warriors have been in great shape as they’ve won nine of their past 13 games and they will be aiming for a third straight win after blowing past the Pelicans in a 123-108 road win last night. Stephen Curry drained eight 3-pointers to lead the team with 41 points and eight assists, Andrew Wiggins added 26 points on 10 of 19 shooting while Draymond Green racked up a triple-double of 10 points with 13 rebounds and 15 assists. As a team, the Warriors shot 53 percent from the field and 17 of 44 from the 3-point line as they exploded for 39 points in the first quarter to jump out to an early 25-point lead, before cruising in the second half as they were hardly threatened.

Meanwhile, the New Orleans Pelicans have been in a bit of a funk as they’ve lost seven of their past 11 games and they will be hoping to bounce back after last night’s loss to the Warriors. Zion Williamson led the team with 32 points on 12 of 24 shooting, Brandon Ingram added 19 points while Naji Marshall chipped in with 12 points off the bench. As a team, the Pelicans shot just 43 percent from the field and five of 25 from the 3-point line as they struggled to keep up with the Warriors early on and were always fighting an uphill battle after falling behind big early. Lonzo Ball had a night to forget as he scored just seven points on three of 18 shooting.

It’s always tough to beat the same team twice in a row in their own building, but the Warriors were hardly threatened by the Pelicans after exploding for 39 points in the first quarter last night. I expect the Pelicans to come out firing in this one in response to last night, but unless I'm expecting a similar result with the Warriors winning behind another big game from Curry. 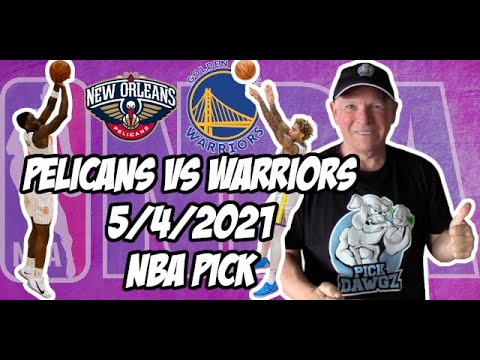