The New York Knicks pay a visit to the Denver Nuggets at the Ball Arena on Wednesday night.

The New York Knicks have been on a tear lately as they’ve won 12 of their past 13 games and they will be gunning for a fourth straight win after routing the Grizzlies in a 118-104 road win on Monday. Julius Randle led the team with 28 points, six rebounds and six assists, Derrick Rose added 25 points on 11 of 15 shooting off the bench while RJ Barrett chipped in with 15 points, seven rebounds and three assists. As a team, the Knicks shot 50 percent from the field and 14 of 27 from the 3-point line as they took control of the game with 44 points in the second quarter, before making another run in the third quarter to push the lead out to 17 points. Defensively, the Knicks did a great job on the Grizzlies’ Ja Morant who finished with just eight points on two of 14 shooting.

Meanwhile, the Denver Nuggets have been in nice form themselves as they’ve won nine of their past 11 games, but they will be hoping to bounce back after having their five-game win streak halted by the Lakers in a 93-89 road loss on Monday. Nikola Jokic led the team with 32 points, nine rebounds and five assists, Michael Porter Jr. added 19 points on eight of 15 shooting while JaVale McGee added 10 points off the bench, but no other player finished in double figures in scoring. As a team, the Nuggets shot just 43 percent from the field and 13 of 30 from the 3-point line as they struggled to get going after scoring just 18 points in the second quarter and things didn’t get better in the second half as no one other than Jokic and Porter Jr. found any offense late. Aaron Gordon scored just five points on two of seven shooting while Patrick Dozier scored just three points on one of six shooting.

The Knicks have been one of the hottest teams in the league lately and their confidence would’ve only grown after taking down the Grizzlies on Monday. The Nuggets are also coming into this one with plenty of momentum and it’s been Jokic who has led the way in the absence of three of Jamal Murray. I’d probably go with the Nuggets in this spot if they were at full strength, but with the teams as they are, I’m leaning towards the Knicks to get the win behind the strength of their defense. 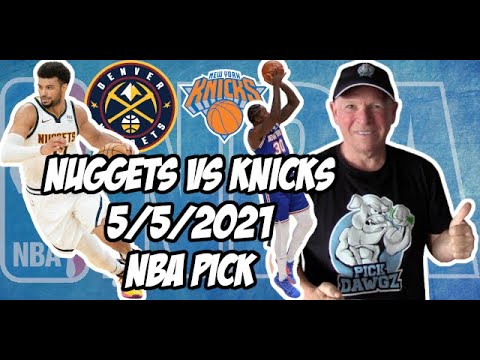