The Minnesota Timberwolves play host to the Memphis Grizzlies at the Target Center on Wednesday night.

The Memphis Grizzlies have been in a bit of a rut as they’ve lost four of their last five games and they will be hoping to avoid a third straight loss after getting routed by the Knicks in a 118-104 home loss on Monday. Dillon Brooks led the team with 25 points on eight of 19 shooting, Desmond Bane provided the spark off the bench with 22 points, eight rebounds and three steals while Jaren Jackson Jr. chipped in with 15 points. As a team, the Grizzlies shot just 39 percent from the field and 16 of 41 from the 3-point line as they scored just 22 points in the first quarter, before allowing the Knicks to pour in 44 points in the second quarter which had them fighting an uphill battle the rest of the way. Ja Morant had a night to forget as he scored just eight points on two of 14 shooting before getting ejected late, while Grayson Allen finished with just two points on zero of five shooting.

Meanwhile, the Minnesota Timberwolves have been in decent shape as they’ve won five of their last seven games and they will be hoping to bounce back after falling just short to the Pelicans in a 140-136 overtime loss on Saturday. Anthony Edwards led the team with 29 points, nine rebounds and six assists, Karl-Anthony Towns added 28 points with 14 rebounds and three assists while Naz Reid and D’Angelo Russell each scored 17 points off the bench. As a team, the Timberwolves shot 45 percent from the field and 15 of 48 from the 3-point line as they squandered a 10-point lead late in the fourth quarter, before falling short in overtime where the Pelicans’ Zion Williamson scored seven of his 37 points on 14 of 17 shooting.

Jaren Jackson Jr. has been ruled out due to injury management, so the Grizzlies will be a little shorthanded against an improving Timberwolves team coming off a tough loss to the Pelicans. Ja Morant is coming into this one fresh off his worst game of the season, but I expect him to bounce back in this one to lead the Grizzlies to a much-needed win. 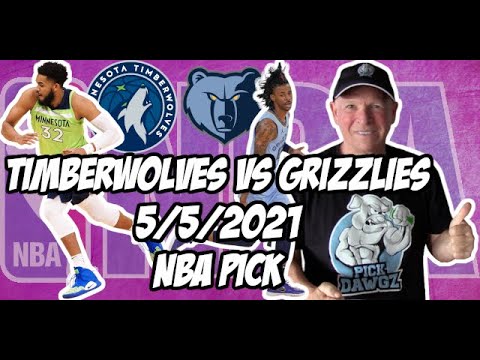