The San Antonio Spurs and the Utah Jazz duke it out once again at the Vivint Arena on Wednesday night.

The San Antonio Spurs have been in a bit of a rut as they’ve lost five of their past eight games and they will be hoping to arrest a four-game slide after getting routed by the Jazz in a 110-99 road loss on Monday. DeMar DeRozan led the team with 22 points and six assists on 10 of 17 shooting, Rudy Gay added 17 points, seven rebounds and two blocks off the bench while Dejounte Murray chipped in with 15 points, six rebounds and five assists. As a team, the Spurs shot 46 percent from the field and a miserly five of 18 from the 3-point line as they struggled against the defense of the Jazz and managed just 43 points in the first half to fall behind by as many as 25 points, before a late rally kept the final scores respectable.

Meanwhile, the Utah Jazz have been in decent shape as they’ve won seven of their past 11 games and they will be aiming for a third straight win after blowing past the Spurs on Monday. Bojan Bogdanovic led the team with 25 points on 10 of 17 shooting, Rudy Gobert added 24 points with 15 rebounds and three blocks while Jordan Clarkson chipped in with 16 points, six rebounds and five assists. As a team, the Jazz shot 50 percent from the field and 11 of 36 from the 3-point line as they set the tone with 60 points in the first half, before cruising in the second half as they were hardly threatened.

The Jazz will once again be shorthanded without Mike Conley and Donovan Mitchell, but they didn’t need them in their easy win on Monday. The Spurs look much better with Murray back in the lineup, but they struggled to get going against the Jazz and can’t afford another slow start. It’s always tough to beat the same team twice in a row in their own building, but I can’t see anything but another easy win for the Jazz in this matchup. 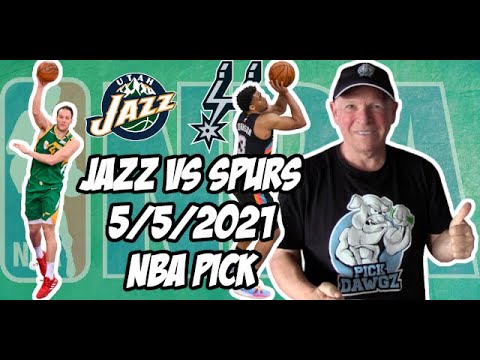