Where Will Ryan Fitzpatrick End Up In 2016? 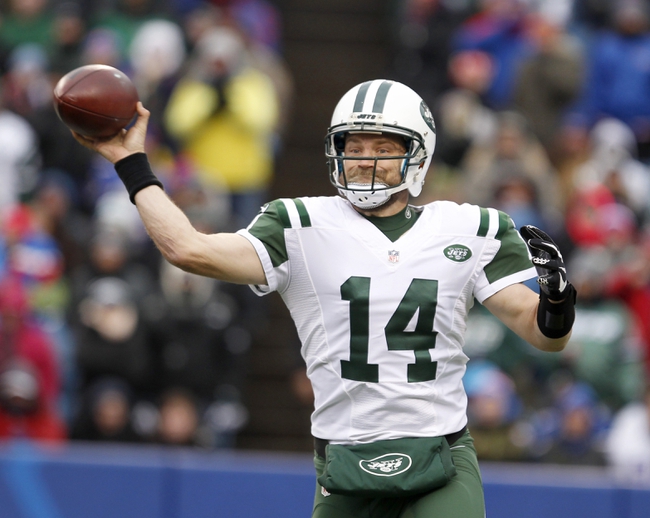 One of the biggest free agents in the NFL right now is Ryan Fitzpatrick.

Fitzpatrick had his best season of his NFL career with the New York Jets throwing for 3,905 yards and set a Jets franchise mark with 31 touchdowns in a season. The Jets came up one win short of the playoffs with a devastating loss against the Buffalo Bills as Fitzpatrick had one of his worst games of the year in possibly the most important game.

The biggest question right now is where will he end up? The Jets offered Fitzpatrick 7 million a year but he wants to be paid between 16- 18 million a year. The Jets just cannot pay him that kind of money. The Broncos were interested in Fitzpatrick after the departure of Brock Osweiler but the Broncos could not pay him that type of money either. Another team who may be interested in Fitzpatrick is the San Francisco 49ers who do not have an clear cut starter at quarterback with Colin Kapernick and Blaine Gabbert in competition at the moment. It is important to note that the 49ers offensive coordinator is Curtis Modkins, who was the offensive coordinator with the Buffalo Bill’s during Fitzpatrick’s three seasons with the Bills.

The General Manager of the New York Jets, Mike Maccagnan has said that the “teams number one priory is to resign Fitzpatrick."  Fitzpatrick has said that he would rather "sit out a season than play for the money he is being offered by the Jets." Will the Jets resign him? Will the 49ers try to sign him, or will a dark horse team try sign him? It is going to be very interesting to see where Fitzpatrick ends up or if he chooses to sit out a season.

The pick in this article is the opinion of the writer, not a Sports Chat Place site consensus.
Previous Pick
Top 5 NFL Franchises That Drafted A Quarterback To Aid Them in The Future
Next Pick
Hamilton Tiger-Cats vs. Toronto Argonauts CFL Pick, Odds, Prediction - 6/23/16