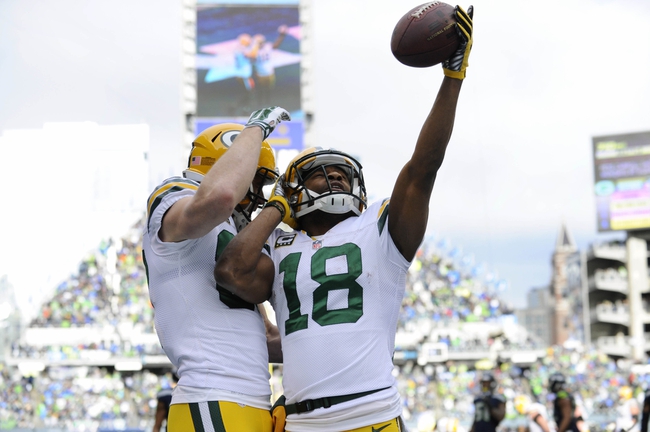 We’re coming into a long weekend in the NFL off-season, so rest assured the football news will continue to trickle in as we get an idea of what’s going to be happening in 2015. That said, let’s take our daily look around the league and see who’s in the news right now.

The Packers inked up their third-round draft pick yesterday, reaching a deal with wide receiver Ty Montgomery. His signing leaves only one player (first-round pick Demarious Randall) yet to sign from this year’s draft.
The team is hoping Montgomery can step in and be another Randall Cobb; we’ll have to wait and see if that holds true.

There’s some drama in Gang Green land this morning, as the Jets were missing three big-name players from yesterday’s off-season training activities.
Sheldon Richardson, Brandon Marshall and Muhammad Wilkerson were all absent from the voluntary training sessions.
No one’s really surprised to see Wilkerson gone; he and the team are currently at odds over a new deal. As for Marshall and Richardson there was no immediate word but it’s certainly troubling to say the least.

We haven’t had a chance to touch on the league’s new PAT rules, so let’s check those out before we move on. This week, the NFL owners approved a proposal from the league’s competition committee which moves back the football placement on extra point attempts.
The new PATs will be from the 15-yard line as opposed to the 2-yard line, effectively making a gimmie point-after a 33-yard field goal attempt.
The changes should result in an uptick in 2-point conversion tries, and will really bring some gamesmanship into play during the late-season, foul-weather games. After the season, the league will decide if they’re going to keep the new format or go back to the old way of doing things.

The pick in this article is the opinion of the writer, not a Sports Chat Place site consensus.
Previous Pick
NFL News: Player News and Updates for 5/20/15
Next Pick
Top Ten 20+ Yard Reception Leaders in the NFL