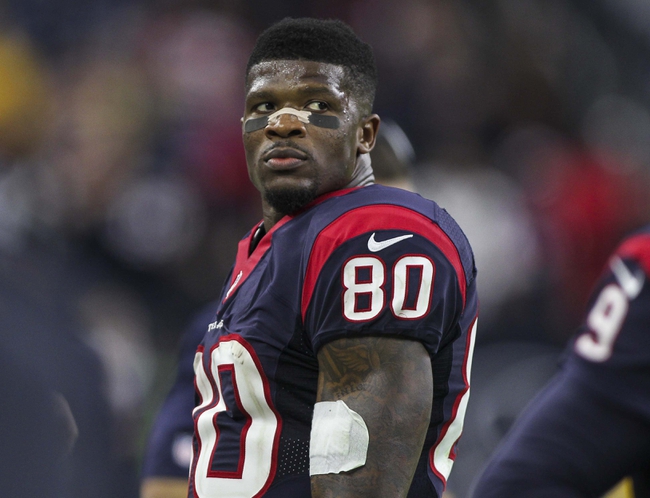 We’ve finally reached the beginning of a long holiday weekend, and there’s plenty to talk about when it comes to the NFL--even in the off-season. That said, let’s take our daily look at the headlines and see who’s making news out there.

Good news for the Giants’ Will Beatty today. The team’s OT underwent successful surgery, repairing a torn pectoral muscle.
Beatty figures to be out for around five months, and if all goes well he’ll be back in the lineup around the halfway point of the season.
Beatty was a second-round draft pick in 2009 and has started 63 of his 82 regular-season games.

The Colts will have some new faces come Week 1, and we’ll have to get used to seeing the new names on the jerseys. Word is that both Andre Johnson (who came over from the Texans) and Frank Gore (the ex-49er) are both acclimating to Indianapolis just fine.
Colts coach Chuck Pagano praised his new players this week, saying that it looked as if they’d been with the team for years and that they were fitting right in with the rest of the squad.
It remains to be seen how much the two vets will bring to the table once the season starts. Johnson is 33 and missed the 1,000-yard mark for the first time in seven full seasons last year, while the 32-year-old Gore logged his lowest yardage total since 2008 last year.

Running back Ben Tate was working out for the Cowboys yesterday, according to sources close to the team.
Tate has been quite the journeyman in his four-year tenure in the league. He’s played for the Texans, Browns, Vikings and Steelers so far.

The Falcons’ Antone Smith is recovering from a broken leg, sustained in mid-November last season.
Smith says the recovery is going pretty well, and that he’s up and running on his ailing limb. He’ll need some additional time to get back to 100 percent, however.

The pick in this article is the opinion of the writer, not a Sports Chat Place site consensus.
Previous Pick
Top Ten Yards After Catch Leaders in the NFL
Next Pick
NFL News: Player News and Updates for 5/23/15