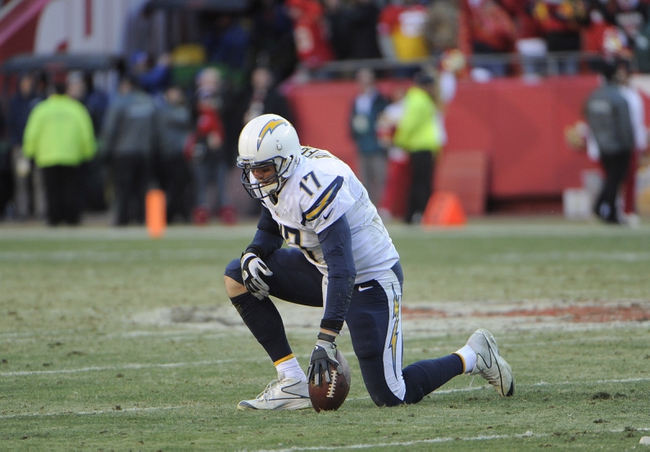 Considering this is a holiday weekend, the NFL news will probably be slowing to a trickle over the next few days. That said, we’ve got plenty to talk about when it comes to new developments from around the league, so let’s visit with some of the headlines in our daily wrap-up.

The Jaguars’ rookie DL Dante Fowler is officially out for the 2015 season. He tore his ACL in the team’s rookie minicamp and will have surgery to repair it next week.
Fowler was hurt during his first practice with the Jaguars. He’ll reportedly stay in Jacksonville while he’s rehabbing.

Remember back around draft time when the Chargers were almost certainly trading Philip Rivers? Well it appears those reports were premature, as the team now sounds like they’ll be married to Rivers for a long time to come.
According to sources close to the situation, the Chargers are pretty confident that they’ll be able to sign Rivers to a long-term contract that will lock him up in San Diego for the foreseeable future.
This is the last year of Rivers’ current deal. He’ll make $15.75 million in 2015. He’s coming off a 2014 where he threw 31 touchdowns to 18 interceptions.

So who’s going to be the lucky back who joins the Cowboys’ RB roster? The team is currently in the market for another running back and have worked out Ben Tate, Felix Jones and Daniel Thomas in recent days.
Dallas currently has Darren McFadden, Lance Dunbar and Joseph Randle as their three RB options, and none of those names really jumps out as a bell-cow back. We’ll see how things shake out.

The Ravens and G Marshal Yanda are reportedly working on a contract extension, and it won’t come cheaply for Baltimore.
Yanda inked a five-year, $32.5 million deal in 2011; he’s in the final year of that. A new deal will cost the Ravens significantly, as the comparable estimates hover around the five-year, $32.5-to-$40 million mark.

The pick in this article is the opinion of the writer, not a Sports Chat Place site consensus.
Previous Pick
Top Ten 20+ Yard Reception Leaders in the NFL
Next Pick
NFL News: Player News and Updates for 5/25/15