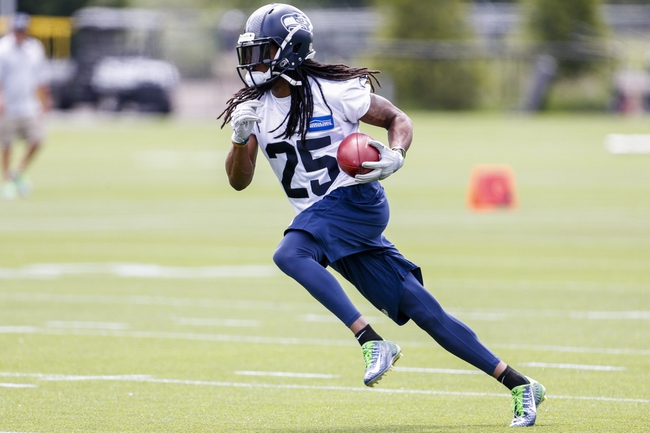 We’ve reached the middle of the week, and the NFL news continues to trickle in from around the league. That said, let’s check out some of the headlines out there everyone’s talking about.

It’s looking like we’re going to get an extension on the appeal of Patriots QB Tom Brady’s case in the Deflategate scandal. The 10-day window for an appeal hearing expires today, and no hearing has been scheduled.
The league and Brady’s camp are reportedly working on finding a date when both parties are free.

The Chargers’ Melvin Ingram is looking quite different coming into the off-season activities. The big OLB has shed 20 pounds and gotten his weight down to 246.
Ingram dropped the weight with a new training program and diet. His body fat is down to just eight percent.
Ingram says he expects to remain healthier with this new slender body, due to less stress on his joints.

Raiders QB Derek Carr hasn’t done any throwing at OTAs yet, as he’s still recovering from a finger injury.
Carr can take snaps and pitch to his running backs, but won’t be passing until training camp.

Speaking of injuries, let’s check out the Seahawks’ Richard Sherman. He’s coming off an elbow injury in last year’s postseason but was fully participating in Tuesday’s OTA activities.
Sherman was reportedly contemplating Tommy John surgery, but he never went under the knife and decided to let the injury heal naturally.

The pick in this article is the opinion of the writer, not a Sports Chat Place site consensus.
Previous Pick
NFL News: Player News and Updates for 5/26/15
Next Pick
Top Ten Highest Scoring NFL Players of 2014 (Non-Kicker Edition)