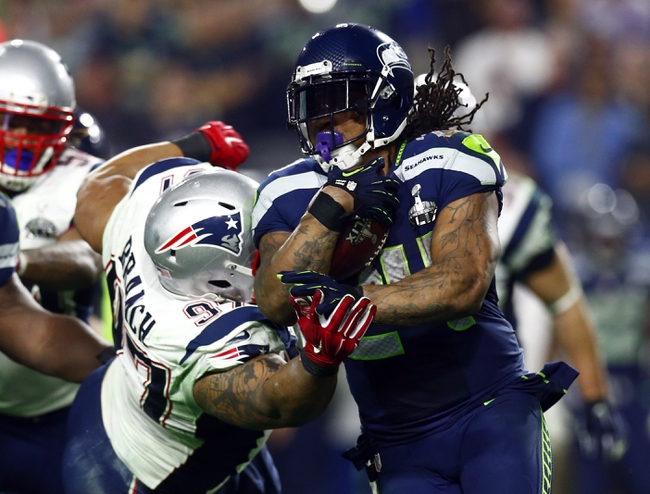 Which NFL Players Scored the Most Points Last Year?

It’s no secret that kickers tend to score the most points over the course of any given NFL season. I know, you’re probably thinking, “Duh.” Today, we’re going to take a look at the non-kickers who scored the most points for their teams in 2014. You won’t be surprised by the guy in the No. 1 spot.

1. Seattle Seahawks RB Marshawn Lynch scored 102 points last year. And this, folks, is why we call him Beastmode.

2. Dallas Cowboys WR Dez Bryant was just behind Lynch, with 96 points scored in 2014.

(5*) 7. Dallas Cowboys RB DeMarco Murray is yet another member of the 78 points club.

The pick in this article is the opinion of the writer, not a Sports Chat Place site consensus.
Previous Pick
Top Ten Most Yards Per Catch in 2014 (By NFL Wide Receiver)
Next Pick
NFL News: Player News and Updates for 5/29/15