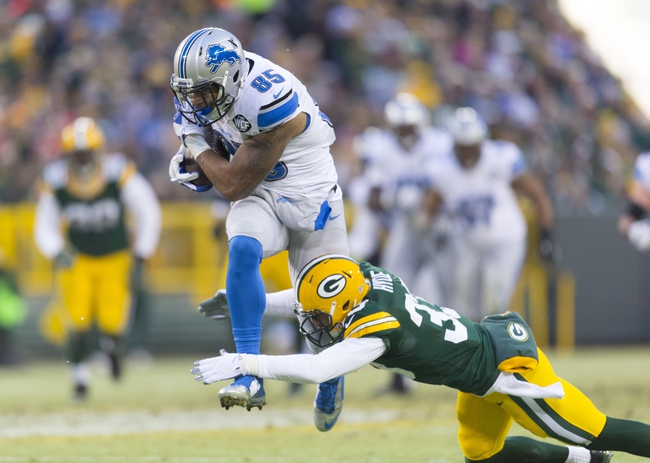 We’re cruising into another NFL off-season weekend, and with teams around the league busy with team activities this week, we’ve got plenty to talk about. Let’s visit with some of the notable happenings and see who’s in the news.

The early questions this week at the Lions’ OTAs lie mostly with the void left by Ndamukong Suh and Nick Fairley. Early on, one of the names some are pegging to fill that void is DT Caraun Reid.
He’s been impressing the coaching staff thus far and has himself in peak physical shape. It seems like he’s ready to take the next step and work his way into the starting lineup.
Reid is a fifth-rounder out of Princeton in 2014. He played in 12 games last year but bagged just two tackles. He’ll have to better his output if he wants to be a top-tier name with the Lions.

One quick note on the Jaguars’ Dante Fowler: he had surgery this week to repair a torn ACL that he sustained during the team’s rookie minicamp.
Fowler will miss the entire 2015 season due to his injury. He was the third overall pick in this year’s draft, so this is obviously a big blow to the Jags organization.

Let’s head back to the Lions for a moment and check on a more troubling development out of OTA activities.
The team is hoping that tight end Eric Ebron will step up and become a big offensive factor in their game plan, but so far he hasn’t looked up to the task.
Ebron has been dropping a lot of well-thrown passes in drills, with at least four whiffs on Day 2 of OTAs.
Ebron’s coming off a 25-catch, 248-yard season that yielded one touchdown in 13 games.

The Broncos’ Brandon Marshall is still working his way back from a foot injury that nagged him through last year’s playoffs, but he looks like he’s getting closer to 100 percent each day.
Marshall was able to do some weightlifting with his team this week, but hasn’t been able to hit the practice field yet.
Marshall was injured in December and fought through the injury in the postseason. We’ll have to keep an eye on him as Week 1 approaches to see if he’s getting back to full health.