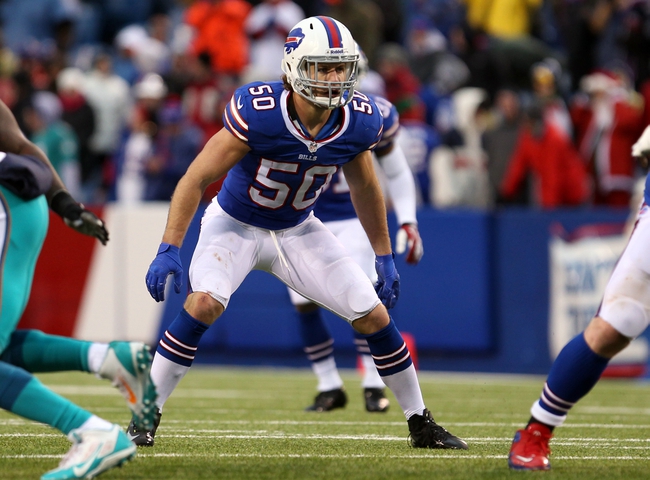 We’ve almost made it through another NFL off-season weekend, but in the meantime there’s plenty to talk about as new developments come through from around the league. Let’s check out some of the notable happenings out there.

Will this be the last year of Doug Martin’s career with the Tampa Bay Buccaneers? It’s certainly possible, as the team declined to pick up his fifth-year option.
That said, Martin doesn’t want to go anywhere, and says he’d like to remain in Tampa. He can certainly earn a fresh look at a new deal with a productive, injury-free season in 2015. The team declined his option due to the fact that he would have made $5.6 million in that year.

Coming off a torn ACL, most folks expected the Eagles’ Kiko Alonso to be taking it easy at this time.
Flying in the face of that notion, Alonso was able to participate fully in organized team activities this week. The recovery has been quite remarkable, considering he just injured himself this past July.

The Seahawks’ Michael Bennett has been a conspicuous absentee at team OTAs this week. The latest reports confirm that he’s indeed not attending due to a contract dispute.
Bennett is in year two of a four-year $28.5 million deal. That makes him among the top 14 or so among his position with regards to salary. Bennett wants to be in the top seven or eight.
He’s coming off 38 tackles and seven sacks in his 2014 season.

Speaking of contract re-workings, the Jets did that to new WR Brandon Marshall’s deal, which will end up paying him more money.
He’ll be getting $26 million in maximum value and an additional $1.3 million in full guarantees.

The pick in this article is the opinion of the writer, not a Sports Chat Place site consensus.
Previous Pick
Top Ten Highest Scoring NFL Players of 2014 (Kicker Edition)
Next Pick
NFL News: Player News and Updates for 6/1/15