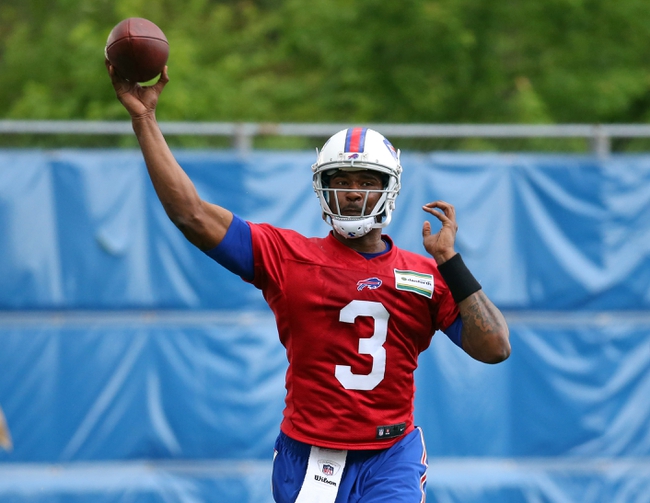 It’s been a pretty eventful weekend in the NFL, and there’s plenty to talk about this morning. While we’re on the subject, let’s check out some of the notable players and situations in our daily wrap-up.

The Broncos officially moved LT Ryan Clady to injured reserve yesterday. He suffered a torn ACL on Wednesday during an OTA practice.
Soon after the Clady injury, the team inked Ryan Harris to their roster.

The Bills’ EJ Manuel will have a new look going into 2015. He added some weight during the off-season, and he’s hoping that will give him an edge in the team’s three-way QB competition.
Manuel reportedly gained around 10 pounds of muscle over these past few months, and the extra bulk may help him avoid injury.
He’ll have to stay healthy and on-point with Tyrod Taylor and Matt Cassel attempting to take over the starting QB spot.

The Falcons inked up veteran OG Chris Chester this weekend, securing him on a one-year deal.
It seems like a pretty good pickup for Atlanta; Chester played 64 consecutive games for the Redskins before his release this past week.

The Seahawks’ Kam Chancellor should be going into the 2015 season with an extra spring in his step. He’s finally healthy in the off-season, a scenario which hasn’t happened in quite some time.
Chancellor has been with the team during OTAs and reports feeling good. He’s coming off a 78-tackle season that yielded a forced fumble and a pick in 14 games.

The pick in this article is the opinion of the writer, not a Sports Chat Place site consensus.
Previous Pick
NFL News: Player News and Updates for 5/31/15
Next Pick
Top Ten Most Touchdowns During the 2014 NFL Season (By Player)