Top Ten Most Touchdowns During the 2014 NFL Season (By Player) 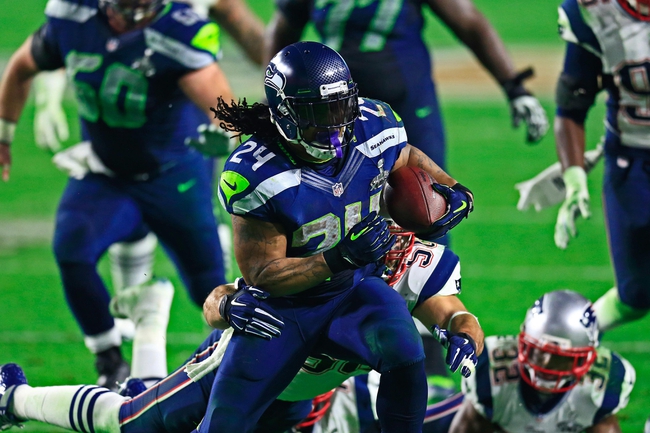 Which NFL Players Found the End Zone the Most Times in 2014?

We’re officially over halfway through the NFL offseason today, folks. 63%, to be (very) precise. This morning, we’re going to take a look at the NFL players who had the most touchdowns during the 2014 season. There’s not a name on this list that will surprise you, but it’s still good info to know. Might come up on your next bar trivia night…or Jeopardy appearance…or something.

1. Seattle Seahawks RB Marshawn Lynch takes today’s top spot with 17 touchdowns in 2014. I can’t quite figure how that team would look without him, but here’s hoping they’ve got a plan in place. The man is 29 this year.

(5*) 8. Green Bay Packers RB Eddie Lacy is the final player to have made it into the end zone 13 times last year.

The pick in this article is the opinion of the writer, not a Sports Chat Place site consensus.
Previous Pick
NFL News: Player News and Updates for 6/1/15
Next Pick
NFL Players With the Top Ten Most Receptions in 2014