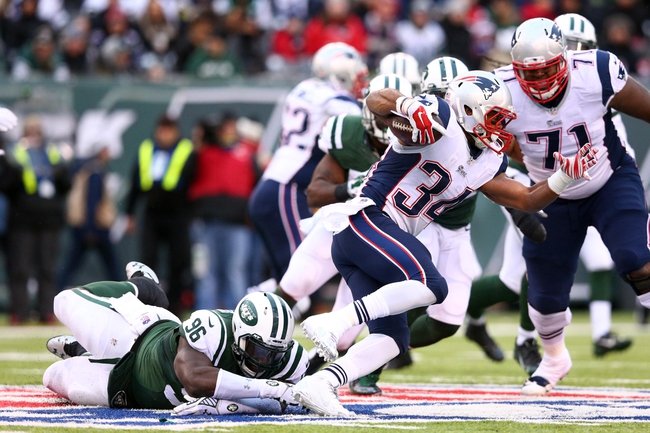 We’ve reached the middle of another off-season week in the NFL, and there have been plenty of interesting storylines coming these past few days. While we’re on the subject, let’s check out some of the notable happenings out there in the league.

The Jets have an ugly situation going on with their star defenseman Muhammad Wilkerson. The big DE is reportedly a bit miffed at the Saints’ Cameron Jordan inking a long-term deal with his team (five years for $60 million; $33.8 guaranteed), which is something he’s been pining for this off-season.
Wilkerson didn’t show up to the voluntary off-season program in protest of his contract, which is due to pay him $6.9 million. It’s hard telling how the team feels about getting Wilkerson signed long-term, since they don’t appear to be too concerned about it--not to mention the fact that they drafted first-rounder Leonard Williams last month.
Still, Wilkerson is one of the premier names at his position in the league, and has averaged 63 tackles and seven sacks in the last three seasons.

The Giants seem to be pretty pleased with their new toy Shane Vereen. He’s been getting lots of reps in OTAs, and has been showing off his abilities on the ground and through the air.
Vereen will have to compete with both Rashad Jennings and Andre Williams for snaps at RB this year, but if he can continue to showcase his talents as a ball-carrier and a pass-catcher, he shouldn’t have too much problem carving himself out a role in 2015.
Vereen is coming off 838 total yards and five total scores last year.

Speaking of running backs who are making a name this off-season, the Jaguars’ T.J. Yeldon has already been declared the team’s starter for the 2015 campaign.
Yeldon has been quite impressive this off-season and has his teammates singing his praises already. He posted 3,300 yards on the ground with 37 touchdowns during his tenure at Alabama.