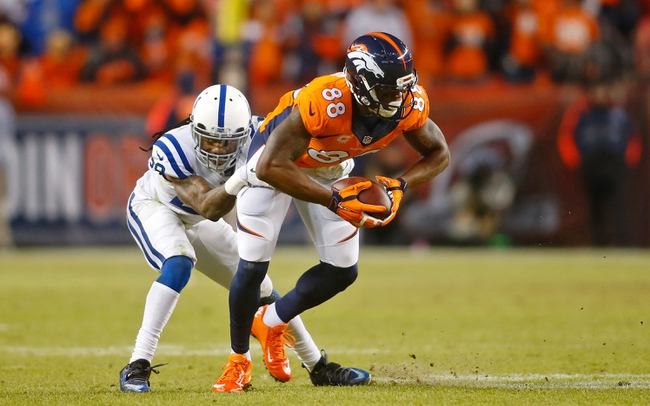 Which NFL Wideouts Were Targeted the Most Last Season?

Yesterday, we took at look at the receivers (and lone running back) who had the most receptions in the league last season. Today, we’re going to check out the most targeted NFL receivers of 2014. If any of your guys are on this list, you’ll get a chance to see where your offensive coordinator’s head is at and whether or not it’s working out.

2. Pittsburgh Steelers WR Antonio Brown (no surprise here) was the target of 182 passes, catching 129 of them.

6. Carolina Panthers WR Kelvin Benjamin was the target of 146 passes, catching 73 of them.

The pick in this article is the opinion of the writer, not a Sports Chat Place site consensus.
Previous Pick
NFL Players With the Top Ten Most Receptions in 2014
Next Pick
NFL News: Player News and Updates for 6/6/15