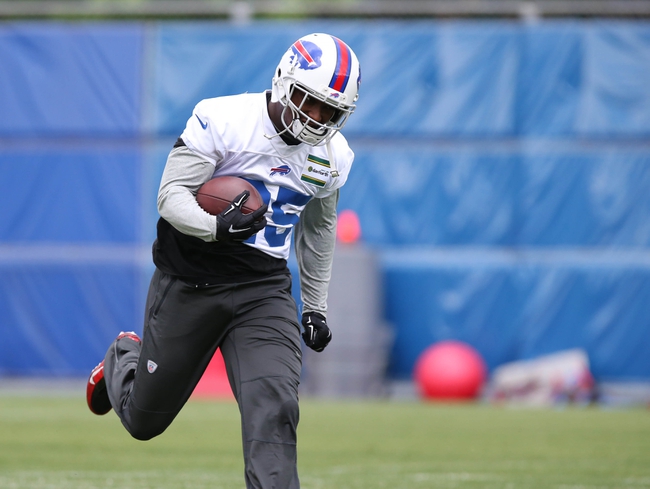 There’s been plenty of NFL news going around lately, even though the 2015 season is still pretty far off. Let’s take our daily look at the headlines and see who everyone’s talking about in our morning wrap-up.

With the Patriots in some depth issues at the cornerback position, speculation has surfaced that safety Devin McCourty might end up switching back to that spot in an effort to help the team out.
If McCourty has his say, he’ll remain at the safety position, however. He says he would “definitely like to stay” at safety, and we’d imagine the Pats would like him there as well. He posted 68 tackles, one forced fumble and two picks last year.
We’ll have to wait and see if the team can overcome their issues at corner and develop into a balanced secondary this year.

Speaking of members of the secondary in the AFC East, the Jets’ Dee Milliner was present at OTAs yesterday and doing some running as well.
Milliner is coming off a torn Achilles and has yet to make it back into team drills. He’ll be fighting to make his presence known on a beefed-up Jets defense that should prove to be a formidable squad this season.

Let’s stick in the AFC East for a moment and visit with the Bills. New Buffalo RB LeSean McCoy was able to return to OTAs yesterday; he had previously been sidelined due to a neck injury.
The Bills are hoping McCoy can remain the spark out of the backfield that he was in Philly. He posted 1,319 yards and five scores there in 2014.

It’ll be interesting to see how former Saints TE Jimmy Graham adjusts to life in Seattle with the two-time defending NFC champions.
So far, Graham reports the transition to have gone smoothly, and calls his time with the team “great.”
All of that said, we probably won’t see the volume-load Graham had in New Orleans. Expect his targets to go down, as he’s racked up at least 120 over each of the last four seasons.

The pick in this article is the opinion of the writer, not a Sports Chat Place site consensus.
Previous Pick
NFL Players With the Top Ten Most Receptions in 2014
Next Pick
NFL News: Player News and Updates for 6/6/15