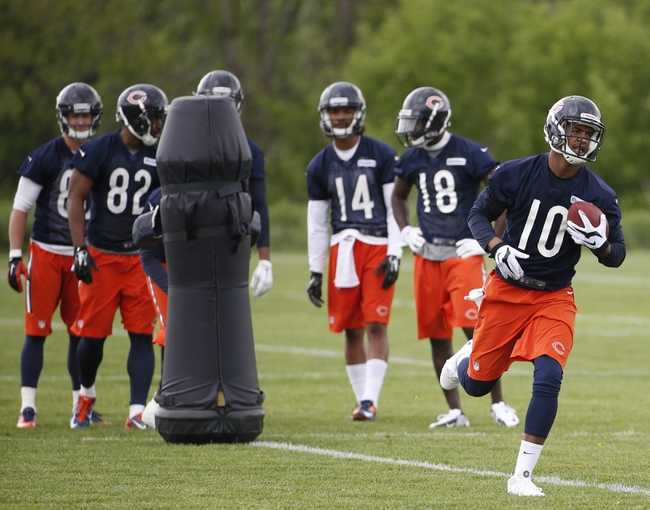 We’ve reached yet another NFL off-season weekend, and with the team OTAs going strong this week, there’s plenty to talk about on the gridiron. With that in mind, let’s check out some of the notable players and situations out there in the football world.

The Giants’ Dominique Rodgers-Cromartie is coming off a disappointing season in 2014, with just two interceptions and 12 pass defenses.
There’s a reason for his lack of production, however, as he was struggling with ongoing injuries for most of the season.
Rodgers-Cromartie is coming into 2015 fully healthy, however, which should help him improve his numbers. We should see an increase in production from him, and he’ll be an important piece in that New York defense.

Yesterday, the Dolphins’ first-round draft pick DeVante Parker underwent foot surgery. While he’s recovering, he’ll be out of the team’s minicamp.
The good news is that Parker is projected to be healthy by the beginning of the season. He posted 43 grabs for 855 yards and five scores at Louisville last year, and was the 16th overall selection in the draft.

The Bears have a very interesting competition going on for their starting wide receiver slots. The team has Alshon Jeffery, Eddie Royal and Kevin White (who was their first-round pick this year) on the roster, but Marquess Wilson is also edging his way into the conversation.
Wilson was a seventh-round draft pick three years back, but so far he’s looked every bit the starter in OTAs. We’ll see if he can continue to improve and crack his way into the WR rotation.
He posted 17 grabs for 140 yards and a TD in 2014, but played in just seven games due to a broken collarbone.

The pick in this article is the opinion of the writer, not a Sports Chat Place site consensus.
Previous Pick
Top Ten Most Targeted NFL Receivers of 2014
Next Pick
NFL News: Player News and Updates for 6/7/15