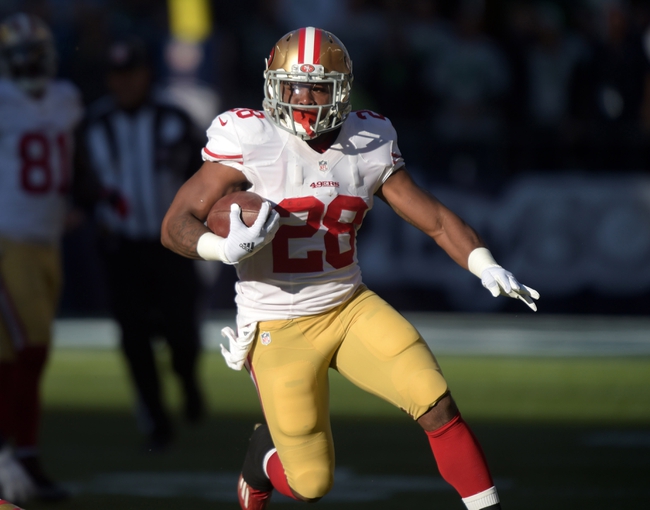 It’s Sunday, and before you know it, days like these will be filled with nonstop NFL action as the 2015 season gets going. In the meantime, there’s still plenty to talk about, so let’s check out some of the notable players and situations out there. Here’s the latest.

The 49ers’ Carlos Hyde was able to return to practice late last week, which is good news for San Fran. The downside is that the one session he was able to attend was the last of the squad’s three-week OTA.
Hyde’s coming off what’s being called a minor leg injury. He should be just fine for camp and the start of the season.

Speaking of the 49ers, they were involved in a minor deal yesterday with the Browns. Cleveland traded their seventh-round pick in 2017 to San Francisco in exchange for Andy Lee, who is a three-time Pro Bowl punter.
In the wake of the trade, Cleveland released Spencer Lanning.
As for Lee, he’s carried an average of at least 46.2 yards per punt in each year since 2007. His highest average was 2011’s 50.9 yards.
It was looking like the Niners were moving away from Lee anyway. He’d served as the team’s punter for 11 years, but San Francisco picked up Clemson punter Bradley Pinion in the draft this year during the fifth round.

Remember last week when news broke that disgruntled Jets DE Muhammad Wilkerson would be attending the team’s mandatory minicamp this week? Well, that may be entirely true.
Wilkerson said on Friday that he wasn’t sure whether or not he’d be there, as he’s still wrestling with the team over an contract extension.
Wilkerson is set to make just under $7 million this year, which is the fifth-year option in his deal. He’s seeking a big pay raise to coincide with his performance on the field. We’ll have to wait and see whether he or the team blinks first in this standoff.