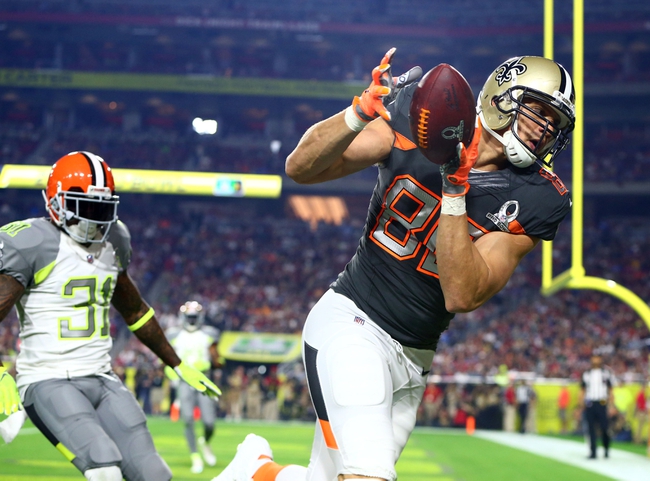 Now that we’ve moved through the weekend and are making headway in the early part of the week, we can focus on the upcoming activities for NFL teams around the league. There’s a busy period of action ahead of us, so with that in mind let’s check out some of the notable players and storylines out there.

The Cowboys made a couple of minor signings yesterday, inking both RB Lache Seastrunk and LB Justin Jackson to deals.
Seastrunk was a standout at Baylor but hasn’t been able to find footing in the NFL. He and Jackson have played for both the Raiders and Panthers in their respective careers.

In another minor contract signing, the Bears inked veteran CB Tracy Porter to a one-year deal yesterday.
Porter was cut by the Redskins last month. He played in only two games with them due to injuries to his shoulder.
He’s got 10 picks over a seven-year period in the NFL

It’ll be interesting to see what the Buccaneers do with WR Vincent Jackson this season. Judging by how they’re using him in OTAs so far, he could end up lining up at a few different positions.
Jackson has been playing in the slot and on the outside in recent days, and if the team sticks with this multi-positional approach, it could open up a lot of different looks for the offense. We’ll see what they do once the season begins.

Russell Wilson is getting a major offensive upgrade this season in Seattle. With ex-Saint Jimmy Graham on the roster, Wilson has begun building what should be a dynamic connection once the season starts.
Wilson calls throwing to Graham “easy,” and the two have been working closely together this off-season in order to get their chemistry going.
One thing that the Seahawks are hoping to improve with the addition of Graham to the roster is their red-zone efficiency. They ranked 20th in the league in that category last year, and a big TE target could help them take a big step forward in 2015 when it comes to scoring touchdowns instead of field goals.

The pick in this article is the opinion of the writer, not a Sports Chat Place site consensus.
Previous Pick
NFL News: Player News and Updates for 6/7/15
Next Pick
Schools With the Top Ten Most NFL Draftees in the Last Ten Drafts