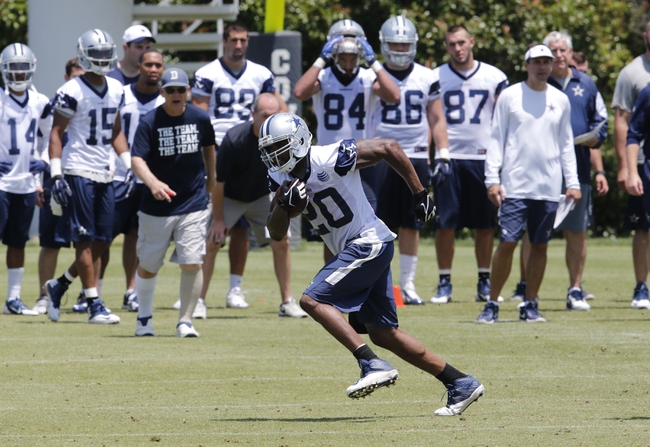 It’s been a pretty busy off-season week in the NFL, as teams around the league start getting ready for the 2015 campaign. While we’re on the subject, let’s take our daily look at the morning headlines and see who’s in the news right now.

Cardinals fans have been getting a chance this week to see what rookie running back David Johnson can do. He’s been featured in minicamp this week, filling in for injured backs Kerwynn Williams and Stepfan Taylor.
So far, Johnson has showed some nice versatility, catching passes out of the backfield and even lining up as a wide receiver.
It’s good to see the Cardinals have some depth at the running back position. If Johnson continues to impress, he’ll carve out a role for himself in the 2015 campaign.

In other Cardinals news, it seems CB Patrick Peterson could end up as the team’s punt return man this season. Arizona is currently having an open competition for the job, and his name is right in the mix as a potential option.
Tedd Ginn handled punt return duties last season, but now that he’s left town, the Cards have to find another option.
The veteran Peterson has some experience in the punt return game, he’s got 1,323 return yards and four touchdowns in that role during his career.

The Cowboys are pretty anxious to see what new RB Darren McFadden can do for them, but they’ll have to wait a little longer.
He’s currently nursing a strained hamstring and thus far has been unable to take part in any OTAs. McFadden is holding out hope that he’ll be able to get out with his team during minicamp next week, but we’ll have to see how he heals up between now and then.
He’s on a two-year deal in Dallas now and is in line to receive the bulk of the workload now that the team is without former workhorse DeMarco Murray, who bolted to Philadelphia this off-season.

The pick in this article is the opinion of the writer, not a Sports Chat Place site consensus.
Previous Pick
Schools With the Top Ten Most NFL Draftees in the Last Ten Drafts
Next Pick
Top Ten Black NFL Quarterbacks of All Time