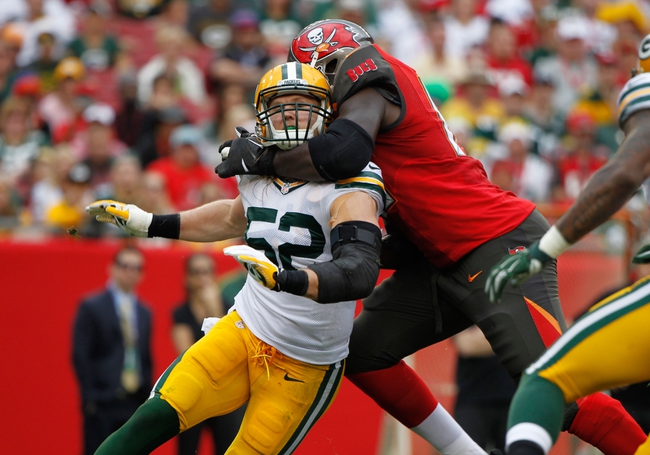 We’ve hit another NFL off-season weekend, and with the OTA happenings this week around the league, there’s plenty for us to talk about. That said, let’s take our daily look at the headlines, shall we?

Good news on Lions OT LaAdrian Waddle. He’s reportedly ahead of schedule in his comeback from a torn ACL, and is currently on track for a return in time for the season opener.
Waddle was injured in Week 15 of 2014 against Minnesota and is on pace for a rehab time in the nine month area. We’ll see if that optimistic schedule holds true.

Ex-Patriot LB Brandon Spikes received a citation from the Massachusetts State Police yesterday, stemming from a traffic accident he was involved in last week.
Spikes’ accident caused three injures, and he was consequently released by the Patriots. His charges include leaving the scene of a personal injury crash, operating a motor vehicle negligently to endanger, failure to stay within marked lanes and speeding.
The story is that Spikes’ Mercedes hit the back of another vehicle on a highway in Foxborough early Sunday.

We’ve got some numbers regarding the Chargers deal with DE Corey Liuget, and as expected the totals are pretty big.
The five-year extension is worth a reported $51.25 million with $30.477 in guaranteed money.
Liuget posted 57 tackles last year and has 17 sacks combined in the last three seasons.

The Buccaneers’ Demar Dotson may be in the midst of a contract dispute with the team right now, but he’ll reportedly still be attending minicamp next week.
Dotson skipped out on OTAs as part of his holdout for a new deal.

The pick in this article is the opinion of the writer, not a Sports Chat Place site consensus.
Previous Pick
Top Ten Black NFL Quarterbacks of All Time
Next Pick
NFL News: Player News and Updates for 6/14/15