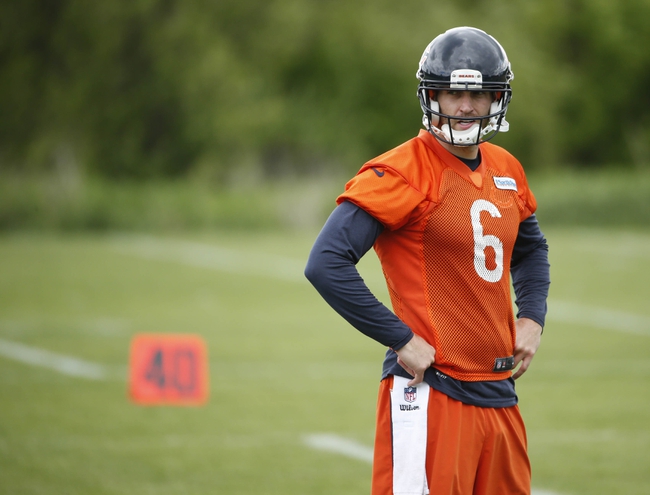 Here we are at the middle of the week, and we’ve already seen plenty of interesting stories pertaining to the NFL. There’s a full load of headlines out there today as well, so let’s take a closer look at what’s happening in the league.

Good news for Saints LB Junior Galette. He’s not going to require surgery on his injured pectoral, and he’ll be able to recover through rest and rehab.
Galette has been a strong force on defense for New Orleans over the past two years. In that frame, he’s posted a total of 22 sacks.

Let’s take a moment to check out the status of the Texans’ QB competition. According to sources close to the team, Ryan Mallett and Brian Hoyer are just about dead even with each other at this point when it comes to earning the starting job.
It had seemed that we’d get an answer on who the No. 1 guy is in the very near future, but now that decision might have to wait a little while.
The coaching staff has been fairly vague lately as far as when they believe they’ll officially name a starter. We could be into the preseason before that decision comes.

The Bills inked DT Andre Fluellen to a deal yesterday. He comes in after spending the bulk of his NFL days with Detroit as a backup.
Flullen logged eight games of action last season with 10 tackles and two sacks.

Jay Cutler is learning his fifth new offense this off-season since he joined the Bears in 2009. That should make Chicago fans a little worried, but the good news is that he seems to be taking to this new system well.
Cutler says his relationship with new OC Adam Gase is good and that the two have been communicating well in trying to get the plays worked out. That’s a good sign as Cutler and the Bears head into 2015.
The Chicago QB posted a pretty hectic year overall in 2014, logging an 88.6 passer rating but getting benched in the final game of a 5-11 season.

The pick in this article is the opinion of the writer, not a Sports Chat Place site consensus.
Previous Pick
NFL News: Player News and Updates for 6/16/15
Next Pick
Top Ten Division II Players in the NFL