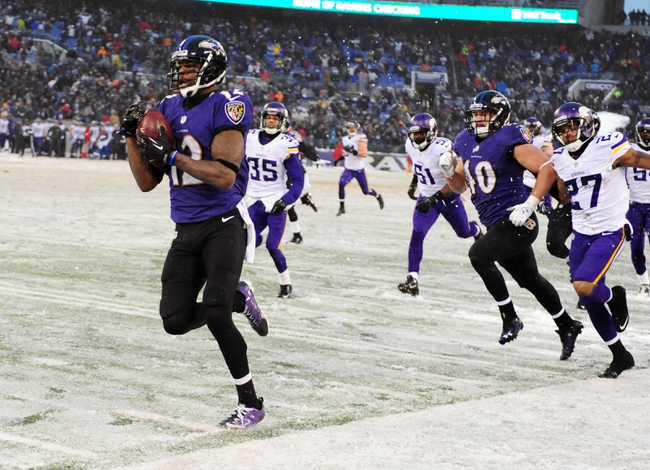 Which NFL Players Had the Longest Kickoff Returns Last Year?

We’re going to take it a little bit easy today and run through a quick list. This morning, you’ll learn about the NFL players who had the top ten longest kickoff returns of the 2014 season. Some of these names will probably come as a surprise (Chris Owusu, anyone?)

2. Philadelphia Eagles WR Josh Huff had a 107-yard return during the 2014 season. Huff was the kickoff returner 14 times.

5. Chicago Bears WR Chris Williams had a 101-yard kickoff return in 2014. Williams was a regular returner for the club, racking-up 24 attempts.

6. Kansas City Chiefs RB Knile Davis had 29 kickoff return attempts last season, one of which turned into a 99-yard run.

(6*) 7. WR Jalen Saunders, who managed to play for the New Orleans Saints, the New York Jets, the Arizona Cardinals, and the Seattle Seahawks all last year, returned just 2 kickoffs, but one of them was a 99-yard all-out sprint.

8. Cincinnati Bengals CB Adam Jones (the sole defensive player on today’s list) had a 97-yard kickoff return in 2014. Jones was one of the team’s top return specialists, with 27 attempts.

9. WR Chris Owusu, who was on both the New York Jets’ and the Tampa Bay Buccaneers’ rosters last season, may have notched just 2 kickoff returns, but one of them was an 87-yarder.

10. New England Patriots WR Danny Amendola rounds-out this top ten with his 81-yard kickoff return last year. Amendola had 20 attempts over the course of the season.

The pick in this article is the opinion of the writer, not a Sports Chat Place site consensus.
Previous Pick
Top Ten Division II Players in the NFL
Next Pick
Top Ten Most NFL Kickoff Returns of 2014 (By Player)