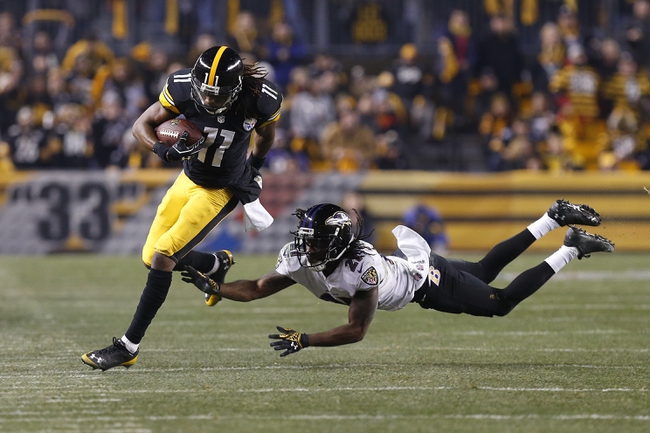 It’s another off-season weekend in the NFL, and this past week has given us some pretty interesting storylines to follow. That said, let’s check out some of the notable happenings in the headlines right now.

The Steelers WR corps will look a little different in 2015. The young Markus Wheaton, who is heading into his third year, will be moved permanently into the slot position, while Martavis Bryant will play on that same side opposite No. 1 WR Antonio Brown.
Wheaton is no stranger to the slot; he ran there during 119 routes in 2014. The Steelers will be customizing more plays for him in this upcoming season, which should help him get acclimated to that spot on the field. He’s coming off a 53-catch, 644-yard campaign that yielded two touchdowns.

Yesterday, the Giants wrapped up the signing of their rookie draft class with the inking of safety Landon Collins.
Collins came in at the No. 33 spot this year out of Alabama. The team will likely be tossing him immediately into a starting role.

Will Terrelle Pryor be able to make it in the NFL as anything other than a quarterback? He’s going to have to. Word broke yesterday that he’s officially switching to wide receiver in an effort to continue his pro career.
The move comes following Pryor’s release from Cincinnati. We’ll see if any teams take interest in him. He’s got the physical tools and athleticism to excel.

Seattle QB Russell Wilson is taking the cautious approach when it comes to this season in the NFL. He’s taken out an insurance policy against injury, which will pay him $1.5 million if he’s badly hurt.
That figure is comparatively paltry in comparison to what Wilson would make if he signs a new contract, so hopefully it won’t come to that. He and the team continue to work together on getting an extension figured out.

The pick in this article is the opinion of the writer, not a Sports Chat Place site consensus.
Previous Pick
Top Ten Longest NFL Kickoff Returns of 2014
Next Pick
NFL News: Player News and Updates for 6/21/15