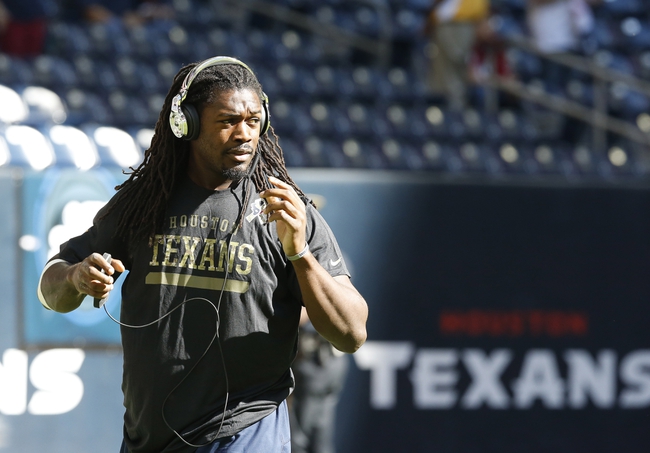 We’re entering a new week in this 2015 NFL off-season, and with each passing day we’re getting closer and closer to the preseason. That said, let’s check out some of the notable players and situations out there right now.

Jadeveon Clowney has been a hot topic of conversation since he entered the league, and that continues this off-season.
The latest news on Clowney is that the Texans coaching staff expects him to be ready to go for the regular-season opener. Clowney himself, however, believes he’ll be back to 100 percent by training camp.
We’ll see which timeline holds in the coming weeks; Clowney is coming off micro fracture surgery on his knee.

The Lions singed Taylor Mays yesterday. Mays is a safety who has spent his last four years with the Bengals.
Mays has normally been making his impact felt on special teams, but with the Lions he could see time as a safety.

The Redskins’ Ryan Grant is a player to watch as we head into the 2015 season. He’s been impressing the coaching staff during workouts and practice this off-season, and may end up as an impact player in 2015.
Grant will likely end up as the fourth or fifth WR on the Redskins’ depth chart, but if he gets some touches he could certainly make his presence felt quickly.

RB Chris Ogbonnaya announced his retirement this weekend. He played six seasons in the NFL.
Ogbonnaya most recently played with the Giants, and posted 604 yards on his 130 carries in his NFL tenure.

The Ravens may have a slight issue with new rookie WR Breshad Perriman. He’s been getting some heat during practices recently for his frequent dropped passes.
All of that said, the coaching staff in Baltimore seems to be pleased with Perriman on the whole. If he can continue to work on his concentration, he may be able to leave his issues in the past and come out strong in 2015.

The pick in this article is the opinion of the writer, not a Sports Chat Place site consensus.
Previous Pick
Top Ten Most NFL Kickoff Returns of 2014 (By Player)
Next Pick
NFL News: Player News and Updates for 6/22/15