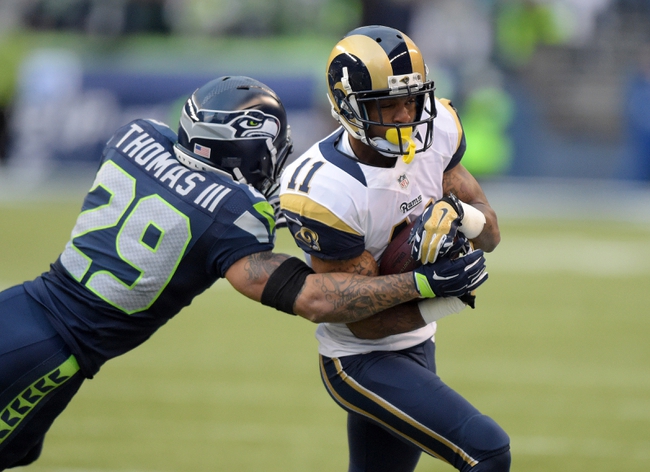 Now that we’ve hit a new workweek, there are sure to be all sorts of interesting tidbits out there when it comes to the NFL. Let’s check out the headlines in our daily wrap-up and see who’s in the news.

Tomorrow, we’ll get to see the next step in the Deflategate process. New England QB Tom Brady’s appeal hearing is scheduled then, and Roger Goodell will hear his case for overturning his four-game suspension.
No word yet on whether Brady’s camp will present any new evidence as he pleads his case, so it’ll be interesting to see how they argue things.

This weekend, some concern materialized from sources surrounding the Bills regarding the status of QB Matt Cassel.
Some are speculating that Cassel may not even make the roster, which is strange given the fact that he seemed to be the de facto leader in the QB competition entering the off-season sessions.
Some following the team have put young signal-caller EJ Manuel on top of the race, with Cassel quickly losing favor. If the team does indeed cut Cassel before the start of the 2015 season, they can save $4.15 million.

The St. Louis Rams have quite a bit of hope pinned on WR Tavon Austin. He was the team’s top pick (No. 8 overall) in 2013, and hasn’t been able to do much since then.
Austin is fighting for snap time among Brian Quick and Stedman Bailey this off-season as each player tries to differentiate himself as a solid companion to Kenny Britt.
The good news for Austin is that OC Frank Cignetti recently praised his efforts, saying he had a “great” off-season.
We’d venture to say that Cignetti should be able to maximize Austin’s talents better than the old regime, so you can look for a step forward here if everything goes as planned.

The pick in this article is the opinion of the writer, not a Sports Chat Place site consensus.
Previous Pick
NFL News: Player News and Updates for 6/21/15
Next Pick
Top Ten Most Touchbacks Per NFL Game in 2014