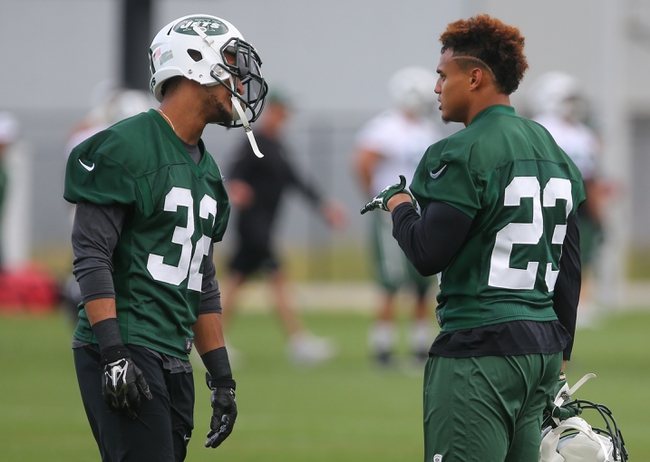 The New York Jets have a new head coach in Todd Bowles and look to make a run at the playoffs for the first time since 2010.

Here’s how the Jets stack up heading into the 2015 NFL season.

Key Player Losses: The Jets didn’t lose a lot of production from a year ago, unless you want to count Percy Harvin, Michael Vick and Chris Johnson. The Jets new coaching staff didn’t think Harvin was a great fit, Vick is at best a backup quarterback at this stage of his career and Johnson has fallen off like Big Mac toppings. Honestly, the biggest loss the Jets experienced this offseason was safety Dawan Landry, who finished with 106 tackles last season. Other than that, the Jets remain intact for the new season.

Key Player Additions: The Jets had a reunion with star cornerbacks Darrelle Revis and Antonio Cromartie, a duo that’s been successful in the past and should still give opposing quarterbacks fits. The Jets should have one of the better cornerback tandems in the league this season. Offensively, the Jets added running back depth by signing Stevan Ridley, who has combined for 1,100 rushing yards and nine touchdowns his last two seasons.

Draft: The Jets got one of the best players in the draft with defensive lineman Leonard Williams, who has Pro Bowl written all over him at some point. Wide receiver Devin Smith can help stretch the field and linebacker Lorenzo Mauldin gives New York a much needed pass rusher as the second line of defense. The interesting pick for the Jets was quarterback Bryce Petty, who many think can develop into a decent signal-caller once he has a couple of years of working on his mechanics.

2015 Outlook: The New York Jets are a lot like the Buffalo Bills this season. They have a great defense that’s going to keep them in games and an offense that has potential at the skill positions. The problem with the Jets is at quarterback, as Geno Smith hasn’t proven he’s the guy and Ryan Fitzpatrick has bounced around for a reason. The Jets playoff hopes all come down to what they can get out of the quarterback position.

The pick in this article is the opinion of the writer, not a Sports Chat Place site consensus.
Previous Pick
Top Ten Most Touchbacks Per NFL Game in 2014
Next Pick
NFL News: Player News and Updates for 6/24/15